You are here: Home / Technology / Malicious Developers Tricked Thousands of People with a Fake Adblock Plus Extension 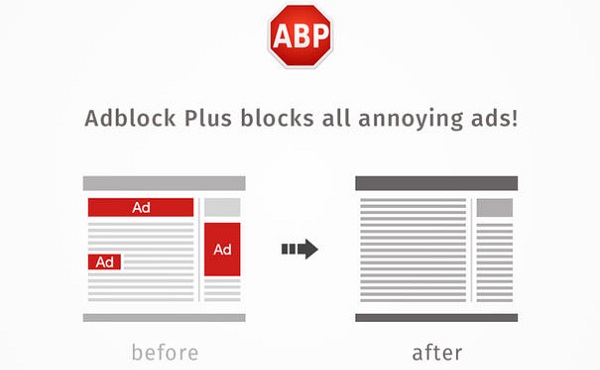 The fake Adblock Plus could open tabs on its own

The Chrome Web Store has recently been assaulted by a fake adblocking extension, which successfully tricked people into thinking it was the real one. The fake extension was disguised as Adblock Plus, and managed to pass the official verification process undertaken by Google. This way, it remained in the web store until a team of security researchers found it and notified the company.

The security firm SwiftOnSecurity has noticed something weird with the Chrome extension Adblock Plus which was recently downloaded. After performing some tests on it, they found out it wasn’t actually the original one, and a fake one managed to pass Google’s verification filter.

Since the filters found it okay, it entered the official Chrome Web Store, where it sat right next to the real Adblock Plus. However, it was hard to tell the difference between the two, so many people were easily tricked into thinking it was the real extension. This is how it recorded a number of 37,000 people.

The phony adblocker could open tabs on its own

SwiftOnSecurity notified Google of the event, and the fake Adblock Plus was taken down from the web store shortly after that. However, people who downloaded the extension over the past few weeks are advised to check it. If you stumble upon random ads even if they should be blocked, it’s better to reinstall the adblocker.

The security firm said the fake extension was creator by a developer which usually steals popular names and keywords. This time, he chose a popular brand, with thousands of positive reviews and great reputation. However, according to the people who fell victim to it, the fake Adblock Plus can open tabs on its own, and disturb the entire browsing experience.

The reports are quite limited, and we cannot say if the fake adblocker could be more dangerous. Even so, just to make sure, re-download your extension and check it for abnormal behavior.
Image Source: Flickr