You are here: Home / Health / Are There Ticks in Utah? When Is The Season Starting And How To Prepare For It? 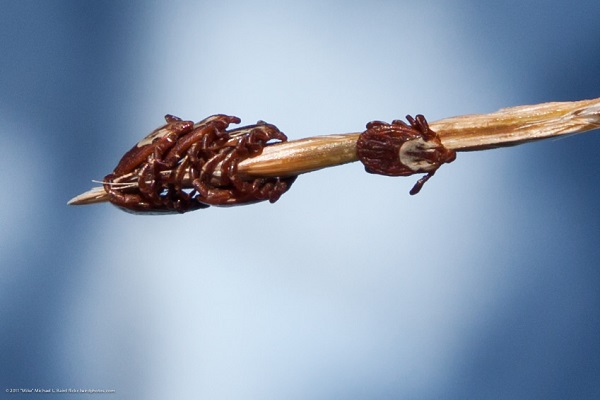 Spring brings with it the beginning of ticks season besides also coming with nature blooming.

Spring brings with it the arrival of ticks in Utah, besides also coming with nature blooming or allergies. Tick bites can lead to illnesses such as Lyme disease, Rocky Mountain spotted fever or encephalitis.

Lyme disease, which was once considered a rare illness but has now become more frequent, is the most common tick-borne disease. More than 25,000 confirmed cases of Lyme disease were diagnosed each year in the United States since 2015. This is according to the CDC or the Centers for Disease Control. Thousands of more cases were diagnosed as probable Lyme disease cases.

Lyme disease is transmitted by the tiny deer ticks, which are only about an eighth of an inch long. They’re usually dark brown with black legs but can also be bright red. The American dog tick, which is a quarter-inch long when fully grown, can also transmit illnesses. They are dark reddish brown with cream-colored patterns on their backs.

Tips on How to Handle Ticks in Utah

Health officials recommend keeping off wooded areas as well as sites with bushes. Leaf litter or high grass, as well as bushes, should also be avoided. These are all preferred tick habitats. When in such areas, people should wear protective clothing such as long-sleeved shirts and pants and a hat. Light-colored garments can also help spot a tick that got on you.

DEET-containing insect repellent should also be useful in the ticks season. However, this should be primarily applied to the clothes and used sparingly on the skin. Ticks should be removed immediately, and with help from tweezers so as to get them all out. This latter is a very important fact. The bite area should also be cleaned with warm soapy water.

It’s also wise to take steps for reducing the tick populations near the home. This can be achieved by cutting back any tall grass or bushes and by removing leaf litter. Also, eliminate areas of standing water by filling them in or adding drainage.

The ticks in Utah are active as long as the weather is warm, which can be year round in some areas. People should be sure to take precautions to protect themselves anytime they’re outdoors.