Witnesses describe seeing a man in a white Audi sedan drive off after crashing with a taxi. Police began hunting the vehicle about 2 a.m. when they received several 911 calls.

Park City Police Capt. Phil Kirk said that the officers tried to stop the traffic, but the driver persisted at about 15 mph, thumping the control numerous times. 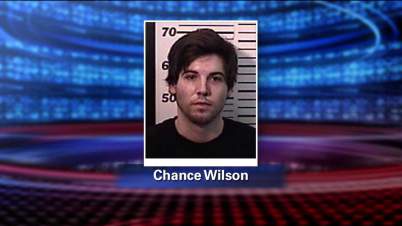 The police was reported that an impaired driver hit a taxi on Main Street then fled from the scene.

The driver was “extremely intoxicated” and combative with police, Kirk said, and various drugs were found in the vehicle.

Chance Wilson, 21, was arrested and was booked into Summit County Jail on several charges of assault on a police officer, driving under the influence, hit and run, fleeing, possession of cocaine, methamphetamine and GHB.