You are here: Home / Health / Just 23% of Americans Are Working Out Enough in Their Spare Time 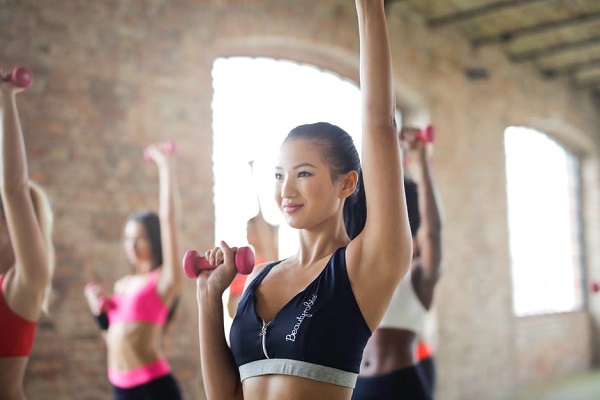 The CDC’s National Center for Health Statistics has found that just 23% of Americans are getting enough exercise in their spare time to stay healthy.

CDC researchers reported that just a quarter of Americans are doing enough muscle-strengthening and aerobic exercise to keep their heart healthy.

According to official guidelines, adults should get an hour and 15 minutes of vigorous exercise or two hours and 30 minutes of moderate exercise each week. Also, muscle building exercises should be done at least twice per week.

In 2010, the Department of Health and Human Services launched an initiative called “Healthy People 2020” which encouraged American adults to meet the said guidelines by 2020. In a first phase, the goal was to convince more than 20% of adults to get enough exercise.

This week, the CDC announced that the goal was met, with 22.9% of Americans meeting the target.

While Some States Are Working Out Enough, Others Aren’t

Dr. Tainya Clarke of the CDC’s National Center for Health Statistic noted that exercise levels can differ depending on the state. For instance, Colorado residents are more likely to exercise than the rest of the nation, with 32.5% of Coloradans getting enough exercise per week.

By contrast, Mississippi was one of the laziest states, with just 13.5% of residents working out enough per week. What’s more, researchers observed a trend. Americans living in states with colder weather, like Massachusetts, New Hampshire, and Colorado, were more likely to meet the exercise goals.

The finding is at odds with the general perception that people living in warmer climates would go outside to cycle and run more often than their peers in cold weather states. But that was a perception created by TV, researchers noted.

Many of the states that don’t get enough exercise are in the Southeast, like Mississippi, Alabama, Georgia, and Florida.
Image Source: Pexels