You are here: Home / Entertainment / HBO Currently In Talks for Watchmen TV Series 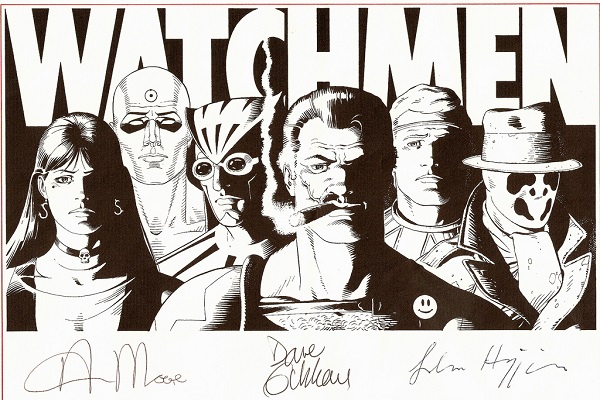 Rumor has it, Damon Lindelof is flirting with HBO for a potential Watchmen TV series. At the moment, the project is in its very early stages, so fans of the Alan Moore comic will have to hold their breaths until an official deal will be in place.

Lindelof Is a Great Watchmen Fan

Lindelof, who just finished working on yet another book-to-screen adaptation, The Leftovers, has only good things to say about Zack Snyder’s 2009 big screen adaptation. According to him,

“It’s the most married-to-the-original-text version of Watchmen that could’ve been made.”

While Snyder has officially stated that he is no longer interested in a Watchmen revival, Lindelof is ecstatic to have the opportunity of bringing Rorschach, The Comedian, Doctor Manhattan, and others to the small screen.

Watchmen Has Revolutionized the Concept of Heroes

Watchmen is not your typical superhero story centered around men and women with impeccable ethics that save the day at night and rescue orphan kittens during the day. It is a gruesome reality in which ordinary people take it upon themselves to rid the world of petty thieves, criminals, rapists, and other monsters that dwell in dark alleys and crowded bars.

Alan Moore’s comic talks about the gory and horrifying truth behind the power of the media and of the uneducated masses. It explores themes like primal fear, the basic human need for power, and humanity’s unquenched thirst for blood.

The Watchmen are deeply flawed individuals with vices and human needs that, in some cases, surpass their morality. Take the Comedian, for example; he is a blood-thirsty maniac which can’t take no for an answer when he earns the love of a female member of the Minutemen. Nevertheless, he is not the villain in the story. If anything, he is the voice of reason. And that says a lot about Moore’s vision of the world.

Lindelof officially declared that he is working on a Watchmen television series, but HBO is not entirely on board at the moment, the fate of the adaptation hanging by a thread. The good news is that the current comic book bug that already bit major players in the industry like Netflix, ABC, CW, and Fox cannot stay away from HBO much longer. And with Game of Thrones rapidly approaching its end, HBO will need a big show to replace it with.