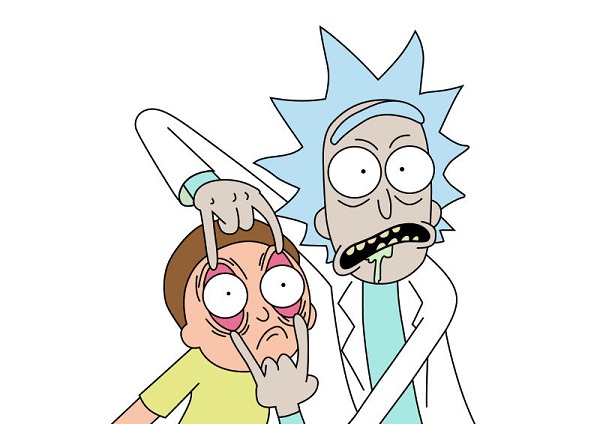 This Sunday night was full of new episodes for our favorite shows. Currently, mostly everybody is hyped about the latest Game of Thrones season, which has just ended, leaving everybody impatient, nervous, and curious. The beloved animated TV series Rick and Morty has also returned with a new season, and the latest episode brought quite a brutal roast on the aforementioned show.

Since the Game of Thrones series took quite a different turn from the books, and overtook them, Adult Swim decided to make a joke related to it. Many people complained about these dissimilarities, so a post-credits image after the end of the latest Rick and Morty episode wrote the following: “The Writing on Game of Thrones [2011-2016]”.

Although plenty of people complained about the evolution of Season 7, it still managed to gather millions of viewers. The show managed to beat a new US record, with 16.5 million viewers who watched the show either live or on online streaming services.

The creators of the show weren’t responsible for the joke

Going back to the Rick and Morty brutal memorial card for Game of Thrones, it seems the creators of the show were not responsible for this. They said they had no involvement in this scene. Since the image appeared post-credits, Adult Swim might actually be the culprit.

To make sure they take all the responsibility away from them, they went on Twitter and assured people of their innocence. Moreover, they admitted to being Game of Thrones fans, and would never have wanted to make such a savage joke. In the meantime, Adult Swim admitted to being the ones who thought out the joke, so there should be no rivalry between Rick and Morty and Game of Thrones.

We had nothing to do with that game of thrones bumper after last night's ep. We hadn't seen it, that was all @adultswim. We ❤️Thrones.