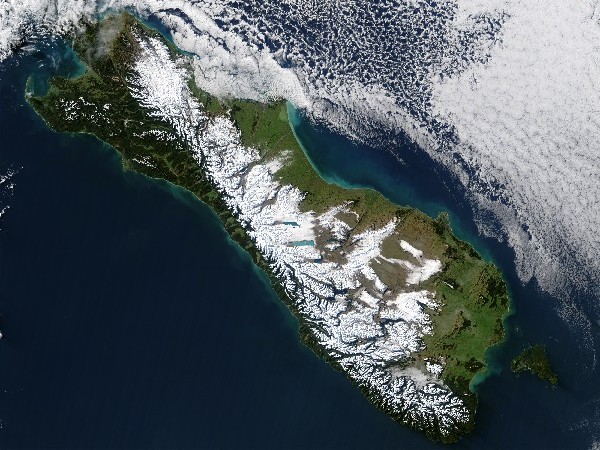 A team of scientists reached a source of unexpectedly hot water as they were drilling in New Zealand in the Alpine Fault. This discovery could have a significant impact on the local economy and resilience, as it may offer a new, sustainable source of green energy.

Alpine Fault, the Source of some Significant Earthquakes, a New Energy Source?

This incredibly hot water came as a surprise for the scientists that initially set out with a significantly different plan. The team of over 100 scientists coming from 12 countries is part of the Deep Fault Drilling Project.  This was carried out back in 2014 in New Zealand, in Westland or the North of the Franz Josef Glacier. The researchers set out to drill into the Whataroa site of the Alpine Fault.

This was identified as being the best place to study and try to understand a fault and its aspect, sensation, and sounds before an earthquake. However, as they were drilling almost 900 meters into this site, the team discovered surprisingly high-temperature waters. Its degrees were noted to increase as the drill dropped deeper into the ground.

Study results became available this week in the journal Nature. Following this discovery, the team concentrated on analyzing the site and fault’s geothermal gradient. This measures the increase in temperature as one goes deeper beneath the surface of the Earth.

The team determined that this water reached boiling temperatures somewhere around 2,100 deep. Which is surprising as this milestone is generally reached when much deeper inside the ground. Researchers will now try to determine the exact temperature range.

The team was expecting to find hot water, but not at such extreme temperatures. There are no volcanoes in Westland, which brings further questions as to the source of such waters. Geothermal energy is usually linked to volcanic activity.

Still, the Alpine Fault hot waters could become a new geothermal energy source, which could bring significant advantages to the local communities. However, there still are some steps to take before reaching this point. The research team explained that they would first look to establish the source and extent of this hot water.

They will also analyze its potential uses, best extraction methods and also if these can be carried out safely.

“The findings reinforce the need for the international science community to better understand conditions that prevail around earthquake-generating geological faults,” says John Townend.

He is a Victoria University of Wellington professor and co-leader of the drilling project.