You are here: Home / World / Melting Glacier Revealed A Couple Missing Since 1942 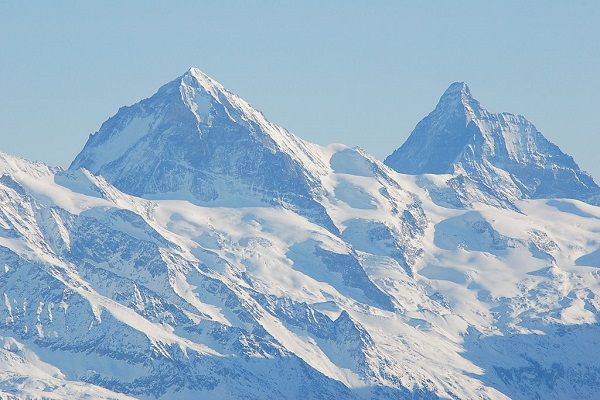 The Dumoulins, a couple missing since 1972, was finally discovered thanks to a melting glacier.

A melting glacier in the Swiss Alps turned out to be the final resting place of a couple that has been missing since 1942. The two, husband and wife and residents of the Diablerets mountains area, left their home on August 15, 75 years ago, but never came back.

Although their story did not have a happy ending, their relatives still appreciate the fact that they got an end and their questions have been answered after decades of uncertainty. The Dumoulins will now be given a proper funeral.

A Melting Glacier Brings an End to Decades of Questions

Francine and Marcelin Dumoulin were rural residents living in the Diablerets mountains. On August 15, 1942, they left home to carry on with their daily task of feeding the cows but never made it back. Their family and relatives never knew for sure what had become of them. No mortal remains of the two were discovered, until now.

Their family searched for them, but even after climbing the glacier numerous times did not reveal anything.

“We spent our whole lives looking for them. I can say that after 75 years of waiting this news gives me a deep sense of calm,” Marceline Udry-Dumoulin is reported as saying.

She is the youngest daughter of the couple, who at the time of their disappearance was four years old.

The remains of the Dumoulin couple were discovered on the Tsanfleuron Glacier. This is above the Les Diablerets ski resort. According to media reports, the remains were detected by a ski lift worker, at a height of around 8,579 feet.

The bodies were discovered lying next to each other and surrounded by a glass bottle, backpacks, a watch, and tin bowls. Both male and female shoes, encased in ice, were also spotted.

DNA tests helped confirm that the bodies are the remains of Marcelin and Francine. They are just two of the list of now 280 people missing in the area, list which goes as far back as 1925.

The warmer temperatures led to in a drop of maximum snow depths in the Swiss Alps. These decreased by 25 percent since 1970. The ski resort itself was noted to have also shrunk.