You are here: Home / World / Get Ready To See The Eta Aquariids This Week 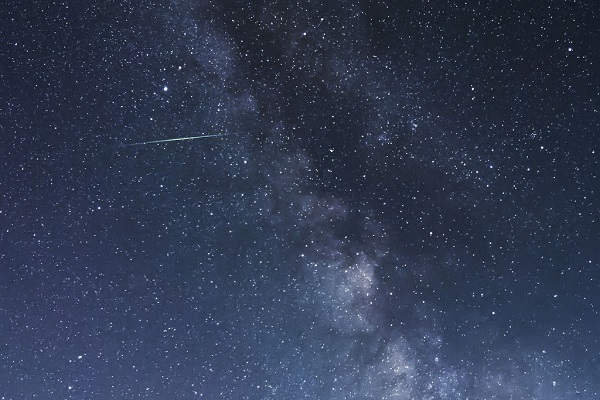 The Eta Aquariids will be the next nighttime spectacle to impress, and it is happening this week.

As the Earth revolves around the Sun, it passes through comet tails, smashed asteroids, and other debris left behind by the formation of this solar system. When it crosses these regions, the detritus and dust fall to the planet in the form of meteors, creating annual, predictable events. The fall of the Eta Aquariids will be the next to impress, and it is happening this week.

The annual Eta Aquariid meteor shower is active between April 19 and May 28 in 2017. It will happen as the Earth passes through the pathway of Halley’s Comet. The other pass through this comet’s orbit path takes place in October and is known as the Orionid meteor shower. Halley’s itself will not return to replenish its trail until 2061.The Eta Aquariids should peak around May 5 or 6. To best see this meteor shower, go to a place that is open and free of obstructions. Try to be as far away from large light sources as you can, especially cities.

Astronomers also recommend reclining on your back, so that you do not have to crane your neck to see the meteors. This will also help get a full view of the sky. The shooting stars should fall at a rate of about 30 per hour during the shower’s peak. Contrary to most other major meteor showers, the Aquariids do no not a peak day. Instead, they have a major period, which marks the fall of the most meteors.

Experts say the early morning is best for viewing, especially just before dawn on May 6. Binoculars or telescopes should not be necessary, and they may even hamper your view since the meteors move fast and can be anywhere in the night sky. The best thing you’ll want to bring is some warm clothes and patience. Our eyes have to adapt to the night sky, but should then be able to enjoy this meteor spectacle.
Image Source: Flickr