You are here: Home / World / There Are Now Over 300,000 Suspected Cholera Cases In Yemen 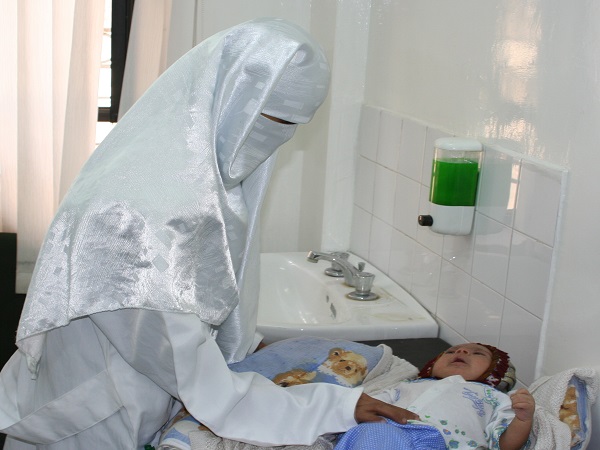 There are over 300,000 suspected cholera cases in Yemen, as this continues to make victims.

The cholera outbreak in Yemen is advancing from worse to even more so, according to the latest reports on the matter. On Monday, July 10, the International Committee of the Red Cross revealed that there are now over 300,000 suspected cholera cases in the country.

#Yemen‘s cholera epidemic continues to spiral out of control. Today, over 300,000 people are suspected to be ill. More than 1,600 have died. pic.twitter.com/YFiaNyujlk

Grim Milestone in the Number of Suspected Cholera Cases

The international agency also pointed out that the disease has already claimed over 1,600 lives in Yemen. These deaths also occurred over a short period, some ten weeks. At the same time, the committee warns that the situation is still ‘spiraling out of control’.

WHO, the World Health Organization declared in late June that Yemen is facing “the worst cholera outbreak in the world”. At the particular moment, the international health authority placed the suspected number of cases as being over 200,000.

To date, 297,438 suspected #cholera cases and 1706 associated deaths have been reported in 22 governorates in #Yemen https://t.co/vawaDqzkFu pic.twitter.com/2EAajnEDoa

The Red Cross’s Middle East regional director, Robert Mardini, was reported as saying that the cholera epidemic is growing each day by around 7,000 new cases.

Cholera is a waterborne disease that has been around for centuries. It is known to cause severe vomiting and diarrhea, these being its most common symptoms as well. Although it is treatable in much of the world, this depends on the reaction time.

A sick patient can recover through the timely intervention of medical workers that help replace the lost fluids. However, this is, in most cases, quite unlikely in Yemen presently. The country was torn by a war that’s been raging for over two years now.

This was a direct cause of the decimation of the infrastructure, including the one which provided clear water. It also led to the closure of many hospitals and medical facilities, which further reduce the country’s abilities to deal with new cholera cases and treating those already suffering from it.

Also, late last month, UNICEF announced that it would be delivering 36 tons of ‘water purification supplies’ and also ‘lifesaving medical necessities’ to the country. These are trying to help authorities deal with this still apparently worsening situation.

Things could spiral further out of control, as the United Nations’ World Food Program points out a potential new danger that could possibly strike in the future, famine.