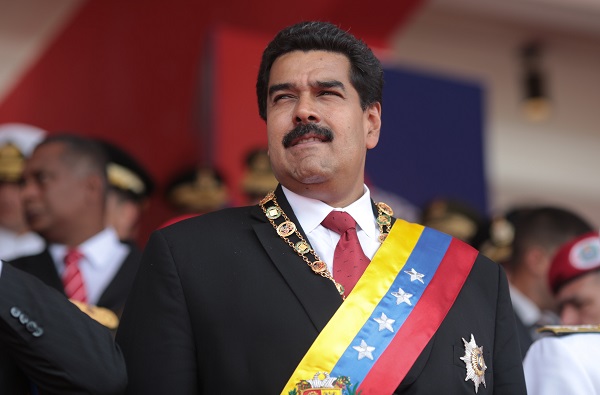 In response to Venezuela’s decision to expel a couple of U.S. diplomats on Tuesday, the United States booted a top Venezuelan diplomat from Washington D.C. The State Department confirmed the move and said that the Venezuelan envoy is now officially a “persona non grata” in the country.

Venezuela’s deputy consul general in Houston was also booted on Wednesday. The two diplomats now have 48 hours on their hands to pack and leave the country, according to the U.S. Defense Department.

When a government deems other governments’ envoys “personae non grata” it means that there is no turning back for the diplomats into the country. It is one of the most severe diplomatic forms of censure.

On Tuesday, Caracas expelled two U.S. diplomats at the Embassy in Caracas. Venezuelan President Nicolas Maduro accused the two U.S. officials of “conspiring” against his regime. On Wednesday, Washington firmly denied the allegations.

The move comes just days after Maduro was re-elected as Venezuela’s president. The presidential election was contested by Maduro’s opponents and the United States. The U.S. cited flaws in the voting process and labeled the election as a “sham.”

The election also triggered new U.S. sanctions on Caracas. Maduro and his office blasted the penalties as “crime against humanity.” The Venezuelan leader decided to expel the American diplomats in response to the new sanctions.

Venezuela is now in a tight spot being devastated by shortages of food and basic supplies. Hundreds of thousands of Venezuelans have fled the country, seeking refuge in neighboring countries.

On Tuesday, Maduro personally asked the U.S.’ charge d’affaires Todd Robinson and his aide Brian Naranjo to leave the country over the next 48 hours. Maduro thinks the two diplomats supported his political rivals’ massive street protests against his re-election.
Image Source: Wikimedia