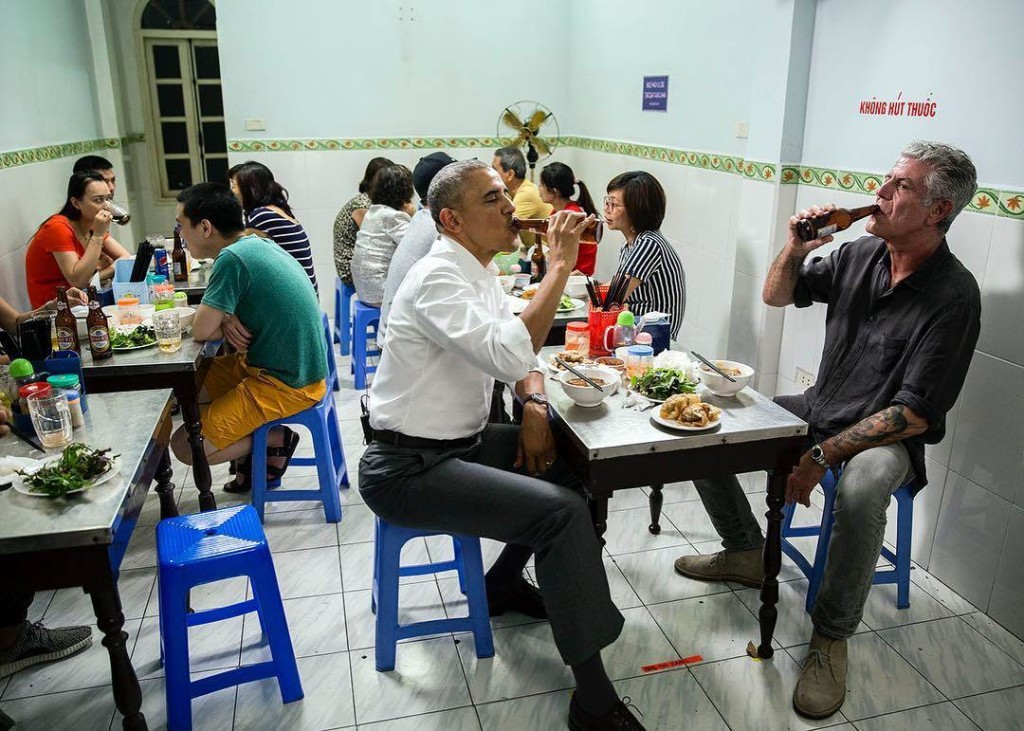 The famous Instagram photo showing President Obama eating in a local street food restaurant in Hanoi is not the only product of his recent visit to Vietnam.

According to recent reports, the Southeast Asian country also restricted Facebook access to the entire population while the U.S. Commander-in-Chief was on its territory.

Free speech advocates at Access Now pieced together evidence that shows the ginormous social network was blocked in its entirety over the weekend with the presidential visit – unlike the partial block that’s been enforced lately in the country.

Readers may recall that Vietnam has blocked Facebook earlier this month due to coverage of citizen protests which were quickly shared across the social network. More than 30 million Vietnamese people have an account on the platform.

But what could cause such a drastic measure? Apparently, it’s all because of the national elections; according to activists, Facebook had been muted so pro-democracy activists will be prevented from calling for a boycott.

“Internet shutdowns must never be allowed to become the new normal,” explained Access Now on its website. And from a democratic point of view, they are right.

“Often justified in the name of public safety, shutdowns instead cut off access to vital information, e-financing, and emergency services, plunging whole societies into fear and destabilizing the internet’s power to support small business livelihoods and drive economic development,” the blog post continued.

At the same time, the group also claimed that censorship has a negative effect on trade and business, which was one of the mission objectives of Obama’s trip in Vietnam.

Facebook was first restricted in Vietnam when the social network became popular in Southeast Asia some five years ago. Shortly afterward, a plethora of localized services was created to take its place, but Facebook has remained the favored service among Vietnam’s 90 million population in more recent years.

But Vietnam is not by far the only country to try and suppress social network; plenty of others have flexed their political muscles, not the least of which is China. Thailand, Vietnam’s neighbor, has also blocked Facebook for less than a week after a military coup in May 2014.

Twitter and Facebook are also periodically blocked by Turkey’s government while Pakistan only lifted a YouTube ban this year, after three years of restriction.
Image Source: NBC News