You are here: Home / Technology / Mysterious Disappearance of the Until Next Alarm Feature from Android 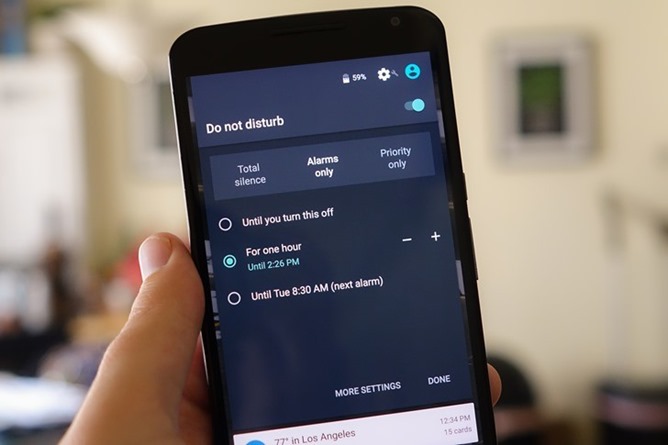 When Android 5.1 Lollipop was released, Google had included a tool that would soon prove its worth across all demographics of users: Until Next Alarm. People were thrilled, but only for a while, because Android 6.0 Marshmallow rolled out without it.

However, Google decided that the Android 6.0.1 update earlier in December will be the way to bring the beloved setting to the Do Not Disturb mode, and Google users cheered everywhere once again.

For people unfamiliar with the feature (we’re looking at you, Apple users), Until Next Alarm allowed the user to block all interruptions until their next alarm sets off. This choice was available only when users would set the alarm anytime within the next 12 hours, so it prevented them from missing an alarm, should they chose the ‘No interruptions’ mode.

It might not be a major feature in the grand scheme of Android, but a lot of users found it rather useful, so it’s only natural they would be disgruntled about this particular hiccup in the system.

However, after the latest Android 6.0.1 Marshmallow brought back the useful tool, several Android users have taken to forums and Reddit to report the mysterious disappearance of the Until Next Alarm feature from the Do Not Disturb mode. Even though Google has yet to comment on the issue, people speculate it’s only caused by a minor bug.

A Reddit user was the first to report the malfunction, and he talks about the Until Next Alarm feature disappearing from one morning to another – literally overnight. After using the function one morning as he used to, the Reddit user found the feature to be missing the next, and no reboot or reset of the settings could help.

“What happened to my Do Not Disturb until next alarm?” is the question that more Android users are asking now. And it’s not just users who have updated their OS; the bug seems to affect devices all the way back to Android 5.1 Lollipop.

According to Android Police reports, some users could fix the problem with a simple reboot; however, this is hardly a permanent fix.

It could also help to use this workaround until Google fixes the problem themselves: go to the Android settings menu, turn off the automatic date function, and return the date to either before December 25 or after January 1.

As soon as Google will comment on the issue – that’s already affected several users – speculations say the company might release a minor update to officially get rid of the bug.
Image Source: Android Police