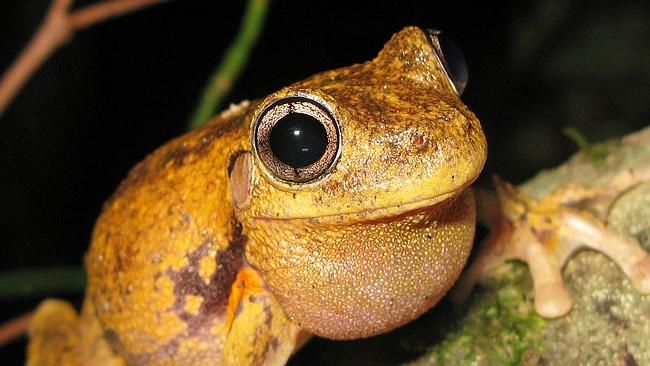 Making decisions is not easy for frogs, either.

Our inability to speak froganese may prevent us from fully understanding the tungara species (Engystomops pustulosus), but their female frogs’ choice of partners is completely irrational, scientists say. Their declaration is grounded on recent studies they have made to determine how female choose their partners and what traits are considered attractive among exemplars.

For the current research, behavioral experts have placed female frogs inside their laboratories and studied their reactions to different types of love calls. Initially a very fast and yet, unattractive male love call was played at loudspeakers. These sounds were followed by very slow, but highly attractive male calls to determine the female frogs’ reaction to them.

After the first stage of the experiment, most female frogs headed towards the fast calling loudspeaker ignoring the slow-speaking males. Yet, scientists had another brilliant idea: they wanted to see what happens if they play even slower male calls.

Using female frogs’ standardization, scientists assumed that frogs will regard the first love calls as even more attractive compared to the last utterances. Females, however, contradicted all scientists’ expectations when they leaped towards the second loudspeaker and chose the males they initially considered to be less attractive.

We don’t know what the least attractive male frogs have to say about this unexpected twist, but we presume they were less shocked than researchers. Apparently least attractive exemplars have the ability to make nearby males look more attractive, although it is not yet clear why females don’t stick to the most attractive choice.

In scientists’ opinion, the diversity of love calls may distract female frogs and cause them to make irrational choices. Hearing so many voices may confuse females, but researchers are not convinced this is the only and the most correct possible explanation.

Previous studies suggested that female frogs choose males with faster call rates because these indicate larger males. Tungara female exemplars prefer larger males because they have better fertilizing abilities. Researchers will look deeper into the problem to see whether the speed of the call really correlates with higher reproductive rates.