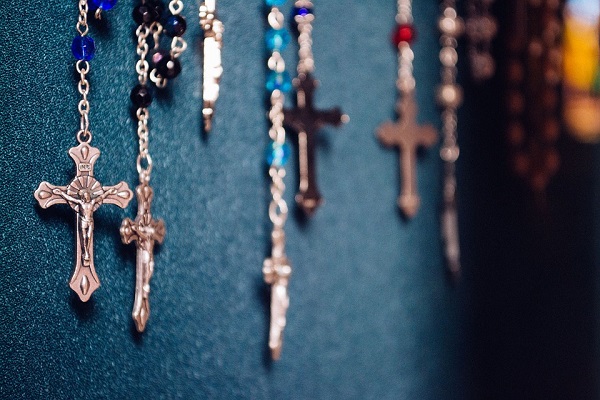 A U.S. study found that religious people are less stressed and tend to live four years longer on average than atheists.

Researchers at Ohio State University sifted through more than 1,000 obituaries in 42 states. They divided the deceased into two groups: those who were religiously affiliated and those who were not.

Obituaries usually include info on marital status, religious views, hobbies, habits, and other activities, which are not included in census data.

The findings appeared this week in the journal Social Psychological and Personality Science.

Initially, researchers found that religious people live 5.64 more years on average than atheists. After the study results were adjusted for other factors, like sex and marital status, the figure dropped to 3.82 years.

Scientists adjusted the findings for marriage rates because marriage has been found to trim risk of disease and to prolong life expectancy.

The study provides persuasive evidence that there is a relationship between religious participation and how long a person lives,

A separate study revealed that churchgoers might live even longer than those who do not believe in God. After sifting through 500 obituaries in Iowa, scientists reported a longevity boost of 6.48 years in local religious folks. The boost was greater since most of those people lived in Des Moines, a religious area, researchers think.

Study authors also noted that religious affiliation is often tied to more social activities, which can lower the risk of loneliness and makes people more physically active. However, social activities accounted for only a fraction of the longevity boost.

Being religious has other benefits as prayer and practicing gratitude on a daily basis can be powerful stress-reducing methods.
Image Source: Pixabay