You are here: Home / Tech & Science / Elephants Communicate with Their Feet, Scientists Confirm 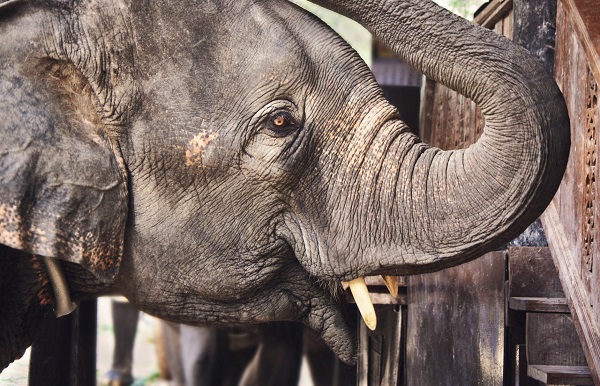 Scientists have confirmed that elephants generate low rumbles with their feet to communicate. The discovery was made with help from tools designed to detect earthquakes.

Researchers hope to find a way to use the elephant speak to deter poachers from wiping out the animals. The findings will also help conservationists get a clear look at the other threats for the species.

Elephants use not only their trunks to communicate. They speak to one another through more subtler ways. Reportedly, they use low-frequency sounds when they are stomping the ground. The sounds, which can be detected across several miles, are used to warn nearby elephants of potential dangers.

Scientists at Oxford University and Save the Elephants managed to listen to the inaudible sounds through tools that are usually used to measure earthquakes. The tremors were classified, and several patterns emerged.

In their study, academics planted geo-phones on the ground to measure the elephants’ vibration. The sensors aka “geo-phones” can spot low-frequency seismic vibration. Elephant’s “rumbles” were clearly not aleatory.

Elephants Use Low-Frequency Communication when in Danger

Study authors found that the animals use ground-based communication to learn about the location of the rest of the herd or warn other herd members of nearby predators. The vibrations can be perceived over several miles, the sensors revealed.

bration detection is a forgotten sense in the study of many animals, but is particularly important for elephants,

The study appeared this week in Current Biology.

Also, the findings are especially important because elephants use their low-frequency communication to warn the herd against poachers.

Researchers found that the noises produced by human activities in the vicinity of elephant habitats can endanger the animals, as well. Vibrations emitted from aircraft, cars, and even people hopping can severely distress elephants.
Image Source: Flickr