You are here: Home / Tech & Science / Scientists Discover an Even More Elusive Particle than Neutrinos 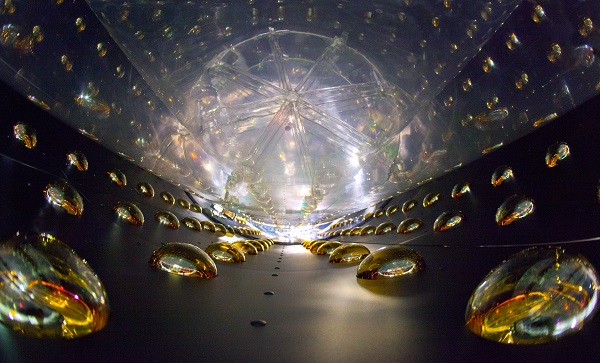 The mysterious particles and shape-shifters called neutrinos now have an even more elusive cousin: the “sterile” neutrino.

Neutrinos fall into three different categories in the Standard Model: the muon neutrino, the electron neutrino, and the tau neutrino. But scientists have long suspected that there may be a fourth category out there.

The findings from two separate experiments – the MiniBooNE and the Liquid Scintillator Neutrino Detector – show that the fourth type of neutrino is real.

Scientists have known for years that neutrinos can shape-shift and change their identities, for years. Also, neutrinos vanish during experiments and pop up as a more difficult-to-analyze type of neutrino. This is why scientists have suspected that there may be a fourth identity for neutrinos.

In 2017, a study dismissed the theory of a sterile neutrino, but a recent report from the researchers working with the MiniBooNE particle detector shows that the elusive particle may be real.

Sterile Neutrino May Be Real

The MiniBooNE detector is located at the Illinois-based Fermilab. Its main mission is to detect neutrinos that appear when protons are smashing against a source. When neutrinos hit a special type of oil in the detector they release flashes of light, which state-of-the-art computers can read.

Next, scientists reconstruct the data to understand what types of particles they have just witnessed in the detector.

MiniBooNE scientists published a new study last week on the arXiv server. The study shows that they found 460 more electron neutrinos than they would have normally observed. Scientists believe that a mystery particle has changed its shape into electron neutrinos, instead of other types of neutrinos during the experiment.

If the sterile neutrino is real, the MiniBooNE experiment would be the first discovery of a fundamental particle since the Higgs boson, which was first spotted in 2012.
Image Source: Wikimedia