You are here: Home / Tech & Science / Scientists Found Evidence that Elusive Planet 9 May Be Real 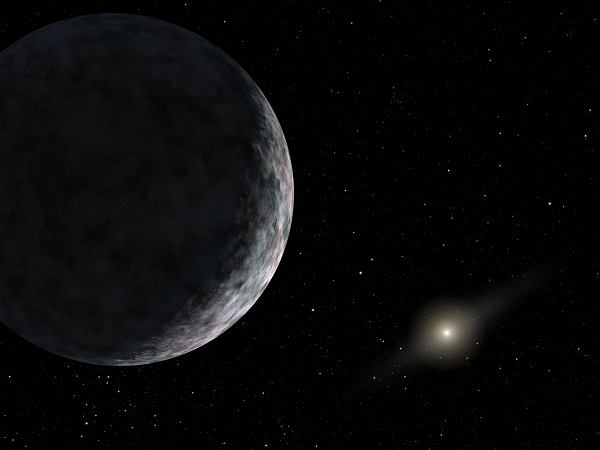 A group of scientists claim that they have solid evidence that the elusive planet 9 is an inhabitant of our solar system. The team found a Trans Neptunian space body whose orbit shows signs of distortion by a larger body.

The mysterious large body could be the hypothetical ninth planet, previously known as “Planet X”. There is more and more evidence that the planet is real.

A recent study shows that a ninth planet could affect the orbit of a Trans Neptunian object dubbed 2015 BP519. The object orbits the Sun in a much-elongated orbit than our planet does. But unlike other space bodies that orbit our host star, the 2015 BP519’s orbital plane is tilted 54°.

The Dark Energy Survey reported that the object has the most extreme orbit in similar objects observed to date. Scientists used computer models to learn how 2015 BP519’s orbit was so severely distorted.

The simulations based on an eight-planet soral system couldn’t explain the strange orbit. Only a ninth planet could lead to such an uncommon orbital plane. After Planet 9 was added to the models, 2015 BP519’s orbit made sense.

Researcher David Gerdes, who was involved in the simulations, noted that the findings do not prove that a Neptune-sized Planet 9 is real. But there is a high likelihood that there is a ninth planet somewhere out there.

Planet 9 was known as Planet X before Pluto was demoted to dwarf planet. It is believed to orbit the sun beyond Pluto on a very elongated orbit. Researchers estimate the mysterious planet to be ten times larger than the Earth. Planet 9’s full orbit is estimated to last from 10,000 to 20,000 years.

There hasn’t been any direct observation of the planet to date.
Image Source: NASA