In a major relief to all living on Earth, the scientists have said that our planet has fortunately missed encounter with a fierce solar magnetic storm in the year 2012, an event that could have wreaked havoc with the electrical grid, disabling satellites and GPS had it come nine days earlier.

They say, the ignition spot on the solar surface was aimed at Earth nine days before. 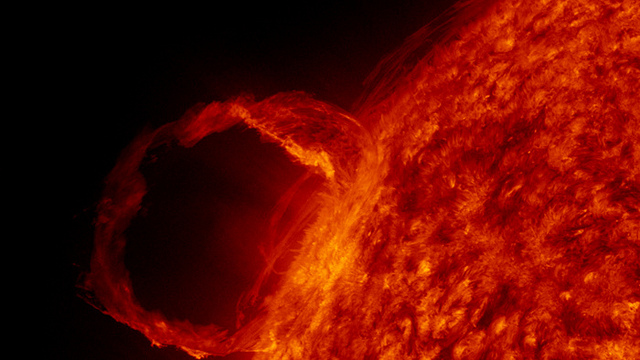 Researcher Janet G Luhmann from the University of California, Berkeley says, “Had it hit the Earth, it probably would have been like the big Carrington event of 1859, but the effect today, with our modern technologies, would have been tremendous.”

Researchers have carried a study to analyse the total losses of such events. The study, conducted last year, estimated that the cost of a solar storm like the Carrington Event could reach USD 2.6 trillion worldwide.

“An extreme space weather storm – a solar super-storm – is a low-probability, high-consequence event that poses severe threats to critical infrastructures of the modern society. The cost of an extreme space weather event, if it hits Earth, could reach trillions of dollars with a potential recovery time of 4-10 years. Therefore, it is paramount to the security and economic interest of the modern society to understand solar super-storms,” said Ying D Liu, from China’s State Key Laboratory of Space Weather.