A new study has solved an age-old mystery of how the plant and animal species braved the bone-chilling winters of Antarctica and continued to evolve through past ice ages in parts of the planet covered by glaciers.

According to the scientists, the steam and heat from volcanoes and heated rocks helped the species of plants and animals to survive past ice ages.

The team of researchers led by Dr Ceridwen Fraser from the Australian National University and Dr Aleks Terauds from the Australian Antarctic Division, carried study on tens of thousands of Antarctic species records that were collected over decades. What they found was indeed interesting. The data showed that there are more species close to volcanoes and fewer further away. 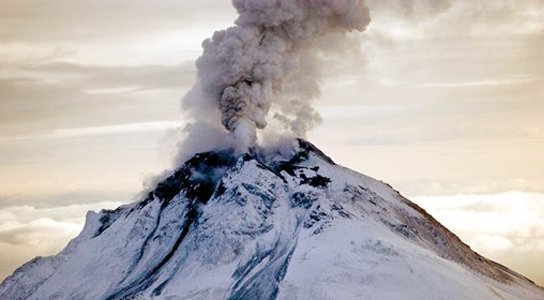 Fraser says, “Volcanic steam can melt large ice caves under the glaciers and it can be tens of degrees warmer in there than outside. Caves and warm steam fields would have been great places for species to hang out during ice ages.”

Fraser believes that the research can help in understanding the impacts of past climate change and also assay continues changes in the climatic condition that humans are now causing.

The researchers clarify that while the study was based on Antarctica but the findings of the study can help in giving vast idea about how species survived past ice ages in other glacier regions.

According to the experts, Antarctica has at least 16 active volcanoes.

Around 60 percent of Antarctic invertebrate species are found nowhere else in the world. Professor Peter Convey from the British Antarctic Survey says, these species are clearly not arrived on the continent recently but must have been there for millions of years. The active volcanoes have helped them in dealing with the adverse climatic conditions and survive them.