You are here: Home / Archives for species in ice age 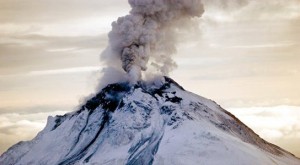 A new study has solved an age-old mystery of how the plant and animal species braved the bone-chilling winters of Antarctica and continued to evolve through past ice ages in parts of the planet covered by glaciers. According to the scientists, the steam and heat from volcanoes and heated rocks helped the species of plants and animals to survive past ice ages. The team of researchers led by … END_OF_DOCUMENT_TOKEN_TO_BE_REPLACED