You are here: Home / Technology / Apple AirPods Are at the Top of the Market 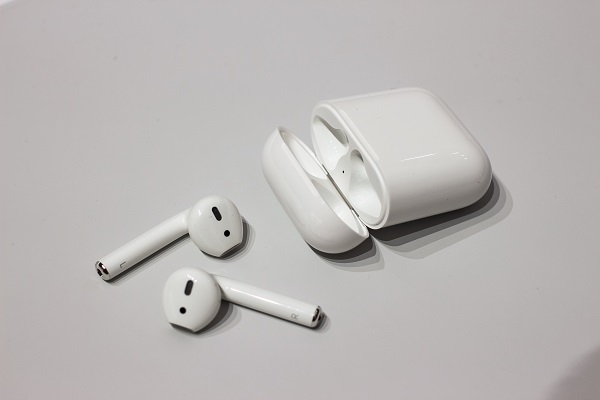 Apple AirPods were the best-selling wireless headphones this holiday season.

Despite receiving a large amount of criticism for implementing a technology no one asked for, the Apple AirPods have proven to be a massive success during the holidays. The wireless headphones managed to capture at least 26 percent of all earbuds sales on the market since their launch.

While it seemed that many hardcore Apple fans were not fond of the removal of the audio jack and the new wireless headphones which were announced for the iPhone 7, many criticizing its name, useless function and that they will be easily lost and have low-battery life, Apple somehow proved the critics wrong and managed to make a success out of what many expected to be a massive failure.

This news comes thanks to a report issued by Slice Intelligence, which uses millions of anonymous electronic receipts to collect data on market trends. The company found that the $159 Apple AirPods sales consisted of more than a quarter of all wireless headphone revenue made online since the pre-orders for them was launched on December 13.

Furthermore, the report claims that the date of the pre-order launch for the AirPods saw the biggest headphone online sales numbers of the years. It even overcame Black Friday and Cyber Monday. However, it’s worth pointing out that the report only accounts for online sales, a space where the AirPods had an advantage compared to other similar products because Apple had an extremely limited retail release due to manufacturing delays.

Nonetheless, even before the company announced the Apple AirPods, it had a large margin of online sales due to its Beats-branded wireless headphones. Their recent success will only serve to emphasize their dominance on another type of market.

The Slice report also serves to reveal that Bluetooth-connected wireless headphones are gaining a lot of ground of their convention counterparts. Around 75 percent of all headphone, online purchases made this holiday season consisted of wireless versions.

The report seems to point to the start of a new dominant trend due to the fact that more and more manufacturers are abandoning the classic audio jack in favor of more advanced and efficient ports, saving space on headphones and tablets. As such, the only viable option is to go with a pair of wireless headphones.