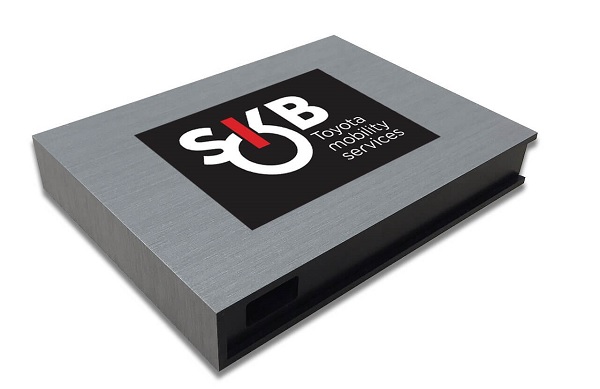 Toyota, the world’s biggest auto seller, is making strides into the increasingly crowded market of car-sharing. The company has recently announced a new device called the Smart Key Box, which allows users to turn their personal smartphone into a car key. The device can unlock the car and even start its engine.

The new Smart Key Box is the technology at the heart of the company car-sharing system. Anyone with a car they are willing to share with other people can install the box on their dashboard without requiring any internal modifications.

Customers who have rented the car will receive a code from the owner’s app in order to access the box. When their smartphone is near the vehicle, the box will authenticate the code via Bluetooth through a method which Toyota is calling ”handshake”.When and for how long a user will be able to access the Smart Key Box will be set and managed by the company, in accordance with the vehicle reservation.

Toyota will test out their new technology and future car-sharing system in the limited pilot program which will take place next year in San Francisco.  For this purpose, the company has developed a partnership with a pre-existing peer-to-peer car-sharing service known as Getaround, which has received a $10 million investment from Toyota via one of their funds. The pilot program will only be available to people who have bought the new Prius or have any Lexus model.

Car-sharing alongside autonomous cars are two most prominent trends currently gaining traction in the auto industry. Although self-driving cars are still some years away before mass deployment, car-sharing services are already here. An increasing number of people have started to use services like Car2Go and Zip Car.

Many car companies such as General Motors, Ford, Volvo and many others are already trying to capitalize on this trend by developing their own service. Although Toyota is a bit late to the market, they’re willing to innovate by providing users with a safe and easy way to share vehicles. The Smart Key Box will allow basically any car regardless of the model to participate in the service.

It remains to be seen how will users react to the technology in the company pilot program.