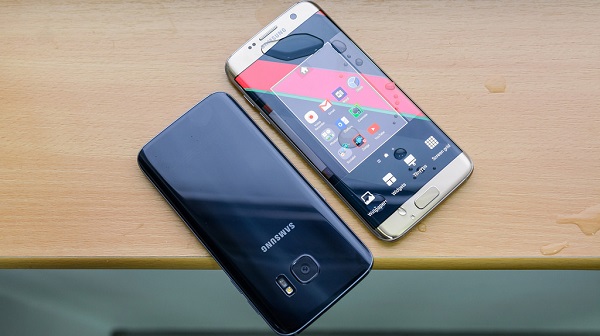 Samsung has released a new Always on Display update for Galaxy S7 and S7 edge phones.

Samsung has released an Always On Display update for its premium line-up of smartphones Galaxy S7 and S7 Edge. The update includes new features and functions for the battery, a new calendar and several different interface and customization options.

The Always On Display update has not been a great fit for smartphones as it was previously lacking in features compared to other premium Android Smartphones. Fortunately, Samsung has decided to change all that and add a few more features to the 8 MB update. Despite the fact that the only reason for Samsung’s decision to buff up the update is their Note 7 problems, it’s still a nice addition for S7 users.

According to the update’s changelog, the calendar, clock, and image setting will be set to the default mode of the digital clock. Always On Display comes with different types of a clock such as World, Analog, and Digital. The most interesting of the bunch is the Image Clock. It allows any image to be set to always on display. There will be even a Signature clock which allows users to set their very own signatures to the AOD clock.

In regards to the redesigned calendar features in the new update, it will replace the previous two available types. The new Always On Display version will also display information about what songs are currently playing through the various supported music apps. A previous feature exclusive to the Note 7 was the ability to display track information.

One of the most useful new features is the improved battery consumption. Thanks to the new Always On Display update, Samsung Galaxy S7, and S7 Edge will only consume less than a percent of the full battery capacity per hour. It’s important to know that the efficiency of the feature will depend mostly on how you use the smartphone.

The new AOD update comes and builds on the previous update in May which added the option to set times or schedule when certain features will be turned on and off to preserve battery life. Although there are more improvements to be made, these new features are a welcomed addition.

Do you have a Samsung Galaxy S7? If so, how excited are you about the new Always on Display update?