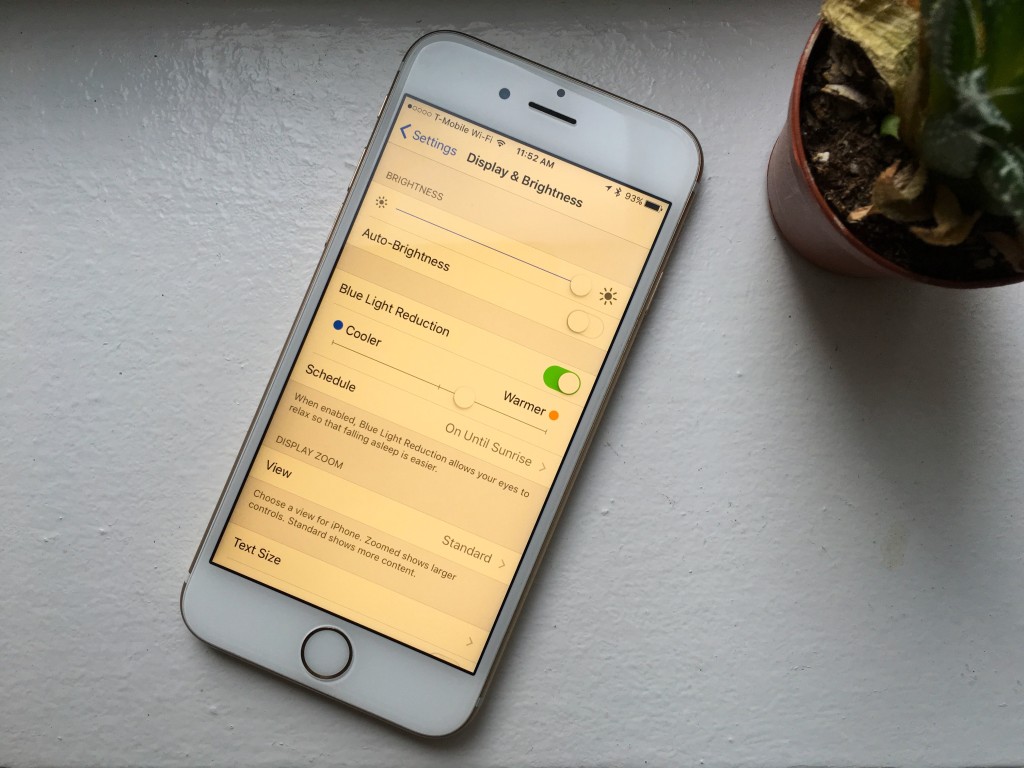 Apple’s upcoming release of a new iOS update will include the praised Night Shift feature, which should improve the sleep of people using their iPhones before going to bed.

With more than 90 million people using iPhones across the world, the new feature will prove immensely beneficial for a lot of people, allowing them to adjust their display settings depending on the time of day.

Simply changing your screen’s brightness wouldn’t be innovative at all, but Night Shift does more than that: it reduces the amount of blue light that reaches the user’s eyes when the surrounding environment is dark.

Toggling the Night Shift mode on will start an automatic assessment of the time and location of the iOS device to determine the necessary shift from a blue screen to a more yellow-toned color, which puts less strain on the eyes.

This toning down of the blue light is also considered to have positive effects on our circadian rhythm as well. Blue light is similar to the light that we are used to seeing in the morning, with wavelength that signal our brain to wake up, pay attention and be alert.

But as the sun sets, we’re automatically stimulated to get rest due to the exposure to significantly less blue light. Thanks to modern smartphones, tablets and laptops, our natural rhythm goes out of sync because we remain exposed to “morning light” even in the night.

A number of studies have already proved that extended exposure to bright blue light before going to bed has harmful effects on our circadian rhythms and acts as a significant obstacle in the way of sleep.

According to an Apple statement, Night Shift looks to change that by tapping into your device’s clock and geolocation. Once it determines when the time the sun sets in your location, the feature knows when to automatically shift to warmer colors in your display.

In the morning, your display setting will return to normal. Activating the Night Shift feature will be possible from the Display & Brightness menu. When the option rolls out to beta users – sometime in the coming spring season – it will be filed under Brightness, titled Blue Light Reduction.

Apple’s new feature is strikingly similar to f.lux, a computer software that does the same thing to your screen, helping you sleep better. The makers of f.lux have called on Apple to allow their access to the App Store, claiming to be the authority in this field with their program that “furthers research in sleep and chronobiology.”
Image Source: Tech Insider