You are here: Home / Technology / Texters Might Be Better Off Skipping Punctuation Altogether 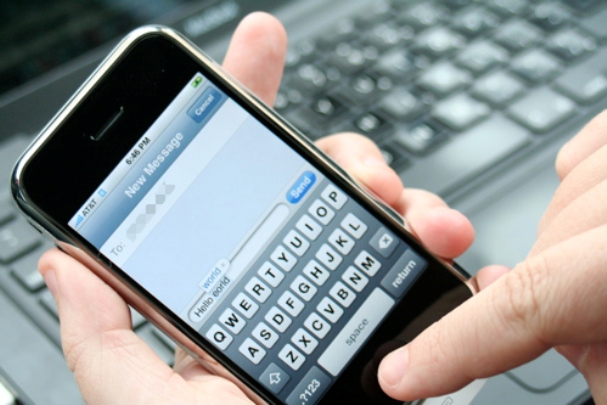 Ever receive one of these one-word texts followed by a threatening full stop? If your paranoia antennas automatically activated, you’re not the only one. According to a new study, texters might be better off skipping punctuation altogether rather than ending a text conversation with a simple period.

Why? It turns out that texts are perceived as more spontaneous and heartfelt when the little dot is missing. When a full stop accompanies your neutral text, the other person might interpret it as very stern. If you’re invited to make plans and you respond with “Fine.” rather than “Fine!” the other person will most likely wonder if they’ve upset you.

Even though this was long suspected by frequent texters, a new study published in the journal Computers in Human Behavior is now confirming it. According to the researchers led by Celia Klin of the Binghamton University, using full stops in texts “makes you seem insincere.”

And yes, putting a period at the end of a sentence is generally considered good grammar – isn’t that what we were taught in school? – but in texts it is more likely to be interpreted as unfriendly and paranoia-sparking.

Researchers conducted an experiment by asking 126 undergraduates to read and interpret a series of conversations; some were in the form of hand-written notes and some texts, but they all included positive one-word responses with and without periods.

Surprisingly, there was a significant difference as students rated as “less sincere” the text messages with periods the than those without; however, no such difference was reported with the hand-written messages. But there’s a reason why a full stop in a text freaks us out.

According to Klin, texting has learned to replace the missing social cues – that are used in actual face-to-face conversations – with other means of understanding the tone of the situation. When speaking, conveying emotional and social information is a lot easier, because it’s supported by facial expressions, eye gaze, tone of voice, and so on.

These mechanisms are rendered useless when it comes to texting, so texters have got used to relying on something else – emoticons, emojis that mimic facial expressions, deliberate misspellings to convey speech sounds and, surprisingly or not, punctuation.

So, if you want your texts to send the intended message, stop bothering with capital letters and full stops. When people can’t pick up on your tone of voice or facial expressions, the tiniest of things – as tiny as a period – can make you sound like a heartless monster.
Image Source: Connect Mogul