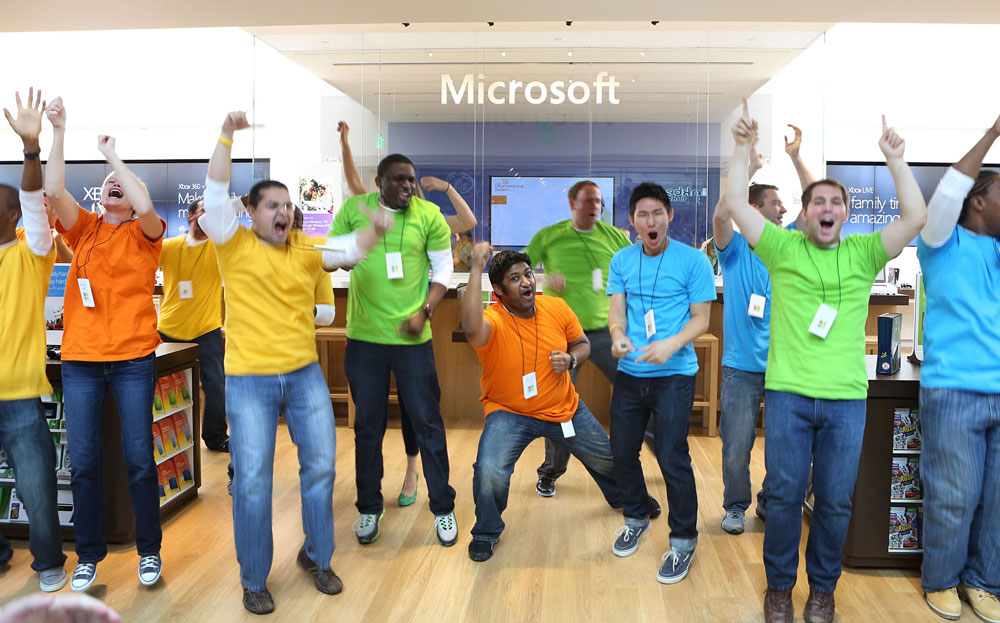 It’s all good news on Microsoft’s front; not only is the company releasing Surface Book and Surface Pro 4 on Monday, but it’s also cutting the ribbon on a brand new flagship store on Fifth Avenue in on Manhattan, on the same street as Apple’s iconic cube store.

Six years have passed since Microsoft has stepped into the retail market by opening smaller mall outlets, and this forerunner store will soon be joined in the business by a Sydney store scheduled to open sometime before this holiday season.

In spite of the dwindling PC market, releasing Windows 10 into the world has proved a success so far. This new plunge into retail signals the company is set to keep on pressing into its global expansion with renewed commitment to reaching out to customers.

This store’s grand opening is accompanied by all kinds of sweet deals, such as special offers for Surface products, the lowest price anywhere for XBox One devices and accessories, an evening performance by rapper Pitbull at Rockefeller Center, and the launch of “Halo 5: Guardians” in a midnight event.

At the same time, the Fifth Avenue store will become the only one to display HoloLens and Surface Hub for customers – at least for the moment. For anyone interested to participate at the unveiling, the store is scheduled to have its doors opened in a curtain-dropping ceremony at noon local time.

In general, Microsoft’s new store seems to mirror the polished atmosphere found in Apple stores. Filled with light coming through the impressive glass façade, the three floors of retail space seem to be erected on air due to the minimal structural attachments.

The interior design features integrated Scandinavian-type tables and an “Answer Desk,” Microsoft’s own version of the Genius Bars found in Apple’s retail stores. At first glance on a pre-opening press tour, the space seemed a bit more clustered than your average Apple store, but in a pleasant way.

More – and smaller – groups of product tables point to the clear emphasis on video displays, topped by the store’s piece de resistance: a 30-foot, two-story video tower made up of 36 monitors. But more than anything, the store gives Microsoft a new chance to leave a unique footprint in the tech business, something that it could do via third-party retail partners.

Although Microsoft surely needs to design its own branding, emulating Apple’s first-class service is not such a bad idea. People want to feel glamorous and displaying fancy tech in fancy stores to do that might just do the trick.
Image Source: Microsoft Blog