You are here: Home / Technology / Google Celebrated Its 17th Anniversary on September 27th 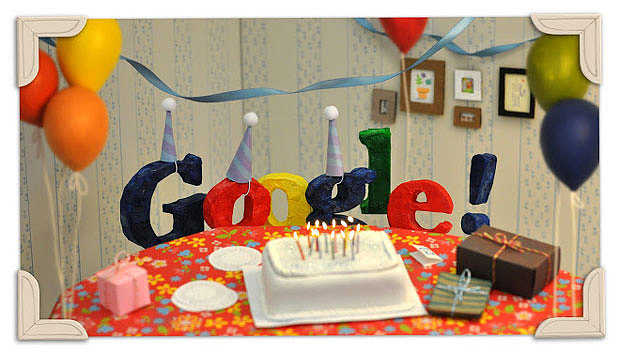 May you live long and prosper, Google!

The funny, vintage doodle that was prompted on our computers yesterday reminded us that Google celebrated its 17th anniversary on September 27th. The birth date of the technological company has shifted over the course of the years, but Google seems to have finally made up its mind this time.

For their 17th anniversary, Google wanted to do something special. This anniversary is considered to be the ‘least random birthday’, so they have decided to create a vintage doodle that took us all back to the first days of Google.

Creators at Google Doodles have included some of the objects that were most popular back in 1998, when Google was first founded. Thus, the doodle enchanted us with an old-school PC, a server-like shape made out of Lego toys, a Linux penguin and the garish lava lamp that everyone went so crazy about.

The design of the doodle was praised and nostalgically admired by all online users on Sunday. Unfortunately, the company has quickly exchanged it with NFL doodle, which was not so significant for Google’s anniversary.

If we take a look back at Google’s past anniversaries, we might find it hard to determine the exact birth date of the tech giant. The first Google anniversary doodle was posted in 2002, on September 8th. Two years later, the anniversary was held on September 7th and it was only in 2005 that the search giant moved the date to September 26th.

It is unclear to us why Google is making so many changes in relation to the official birth date, but this time we think they have finally made up their minds. The anniversary of the company has been celebrated on September 27th since 2006.

The search giant has created the Google Doodle department because they think these sketches are the best way of celebrating famous people and events. The tradition of doodles was started on November 14th, 2001 when designer Dennis Hwang posted his drawing to celebrate Claude Monet’s birthday.

The 17th anniversary of Google might come with a few changes, particularly since Sundar Pichai, the new CEO of the company, plans to bring his personal touch on the company. The CEO is making headlines now that he will be hosting a press event on September 29th.