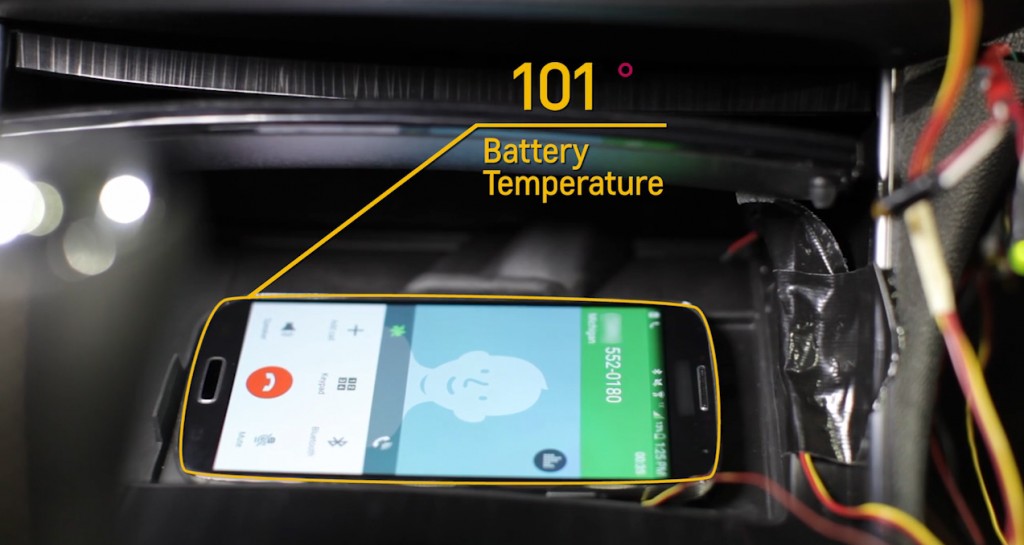 Summer is here to stay, and so are high temperatures – for both you and your smartphone. Chevrolet, the Detroit-based motor vehicle company, has found a solution to cool down your smartphone during the days when heat reaches insupportable temperatures.

When it comes to car manufacturing, the vehicles are tested and re-tested in very high and very low so their designers can make sure they will still function properly even in the most extreme of temperatures. With smartphones, however, the only go-to move during scorching heat is shutting off so it can protect its subsystems, at least partially.

Smartphones and automobiles have become increasingly interconnected, especially since the car’s dashboard system can be remotely controlled by your mobile phone, so Chevrolet’s move will be greatly welcomed.

In a recent press announcement, Chevrolet made public that, starting 2016, their Impala and Malibu vehicles will include a built-in cooling pad especially designed for your smartphone’s benefit.

The new feature, dubbed “Active Phone Cooling” is in fact a charging station placed under the car’s dashboard, but with a twist: a direct connection to the vehicle’s air conditioning system, keeping the smartphone cooled down at all times, no matter the temperature.

Dan Lascu, Impala’s chief engineer, pointed to the fact that innovation is not limited nor should it mean having to reinvent the wheel; in this case, it meant finding an elegant and simple solution to a problem that a lot of people have to deal with.

That’s how the Active Phone Cooling was born, with the sole purpose of keeping cool air coming to your smartphone. Cooling your car during hot summer days may take a while, even when you turn the AC on immediately after getting in it.

Without a proper cooling down system, your smartphone can be greatly affected by the trapped heat inside the car. With temperatures going up to intolerable levels during the summer, the phone’s battery and performance are the first to be affected by the heat.

According to the press release, Chevrolet is the first motor company to address this issue by equipping their vehicles with an innovative solution. The Cruze and Volt models, also appearing in 2016, will have an added feature besides the Active Phone Cooling: the wireless charging pads, compatible with plenty of devices. Some smartphones, however, might need accessory to transform their back panels into a charging panel.
Image Source: Android Authority