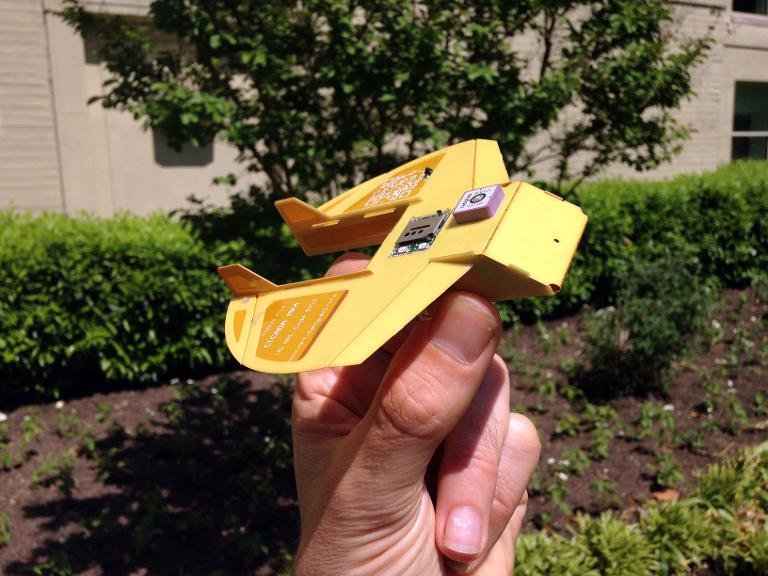 Nature has provided a great inspiration for researchers from the U.S. military, as they are in the process of creating small drones that could be released in groups from aircrafts and spy on specific targets, such as an enemy’s activity.

The tiny drones, the size of a human hand, go by the name of Cicadas – taking after the insects that live underground for a long time, sometimes even years, before they resurface in order to reproduce; after the mating season, the huge swarms of Cicadas experience a mass decimation.

According to Aaron Kahn, a flight controls designer from the Naval Research Laboratory, the Cicadas, or the Covert Autonomous Disposable Aircraft were created in close similarity with the natural insect’s profile.

The resulting UAVs (unmanned aerial vehicles) have the look of a paper airplane, and they travel guided by the pre-programmed GPS coordinates inserted in their board circuits. They can be launched from any type of aircraft, balloon or even from a larger drone.

Reaching 45 miles per hour, a tiny Cicada drone is almost completely silent; the developers chose to not fit it with an engine or a propulsion system. Besides being as silent as a mouse, Daniel Edwards, an NRL aerospace engineer, says the device is also very difficult to spot flying in the sky.

If the Cicadas pass the prototype stage of development, researchers believe that a mass production would bring the price down to just $250 each. The drones would offer a much cheaper and smaller alternative to the current robotic drone aircraft used by the military.

Even though there is room for improvement, Cicadas already have surprising precision: dropping a prototype from 57,000 feet ended in a landing within 15 feet of the GPS designated coordinates.

During tests, the tiny drones have shown great resistance to harsh landings, as the researchers experimented with asphalt runways and multiple plunges straight in gravel.

Besides being extremely useful for military purposes, Cicadas could be integrated in civilian applications as well; they would be able to perform weather forecasting, tornado tracking, or traffic monitoring.

So far, the Cicadas have been equipped with sensors that compiled weather data, such as air pressure, humidity, temperature, and wind strength. Developers believe adding microphones to the drones would expand their range of missions.

Daniel Edwards said a lot of governmental institutions have expressed interest in the usefulness of the Cicada drones, which isn’t surprising, given their many applications: who wouldn’t want to own an army of futuristic carrier pigeons?
Image Source: ZME Science