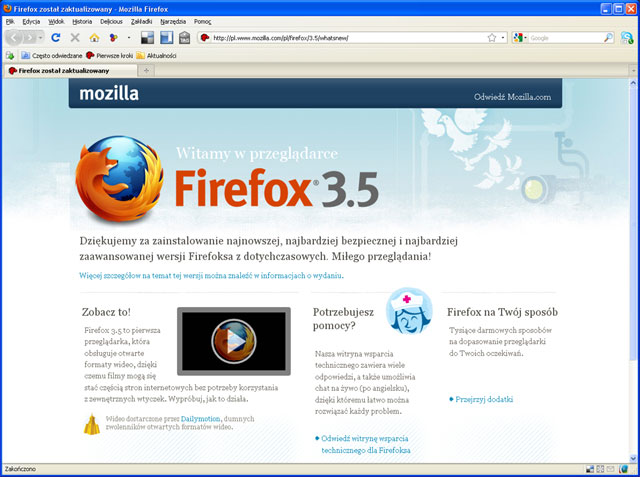 To use Firefox Hello the user only needs is the Mozilla Firefox web browser installed, but the video chat feature can work without it, too.

In order to start a video conversation the user needs to have Firefox installed on the computer. The person receiving the call can accept it without needing to be a Firefox user. But they do need to have a browser that is compatible with Mozilla’s WebRTC, which includes Opera and Google Chrome.

The users can even name the conversations so that they can find it easier later on. Also, the chat partners can restart the conversation at any time by pressing on the link, without the need to create a new chat session every time.

When upgrading to the new Firefox 35, the users must search for the video chat feature in the Customization panel and then add it to the browser. Firefox Hello does not require a user account but it supports logging into an existing Firefox account.

Aside from Firefox Hello, the new Firefox 35 comes with other new features. Mozilla added a shortcut to the Market place, which is labeled as Apps. Also, Mozilla added a share button to the new browser, but in order to use this feature, services like Facebook, Twitter, Gmail or Pocket need to be activated first.
Image Source: komputerswiat