You are here: Home / Technology / Mars Lander, Beagle-2 Was Found on Mars after 11 Year Missing 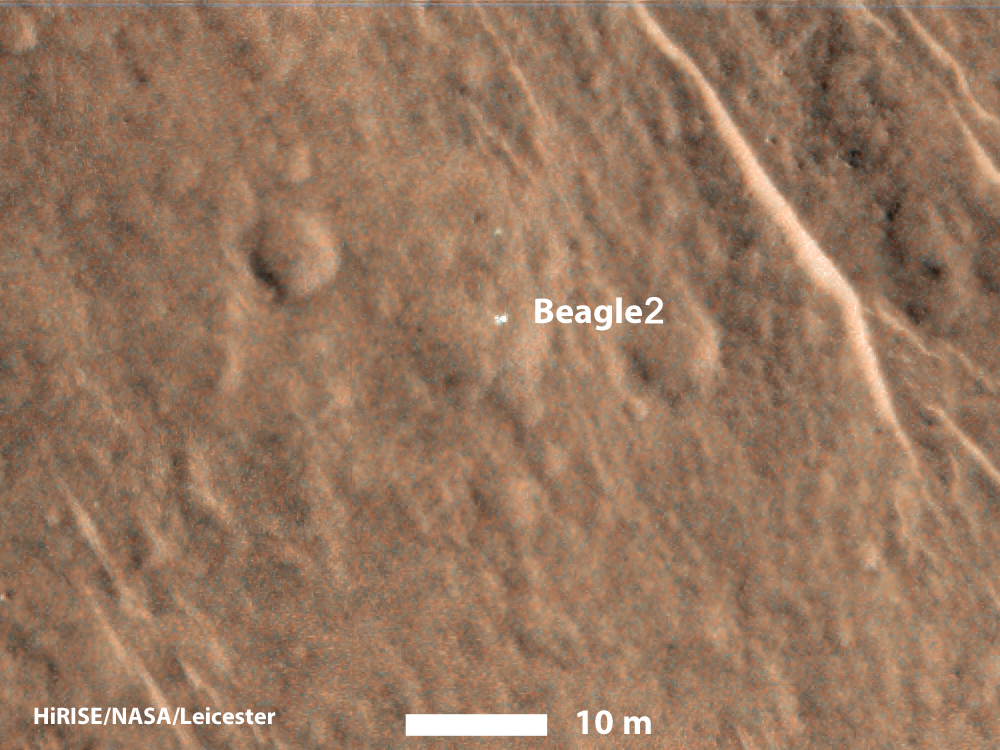 The European Space Agency announced that their Beagle-2 was found on Mars after 11 years of having gone missing. The lander was reported missing in 2003 and nothing was heard from it since until now.

The lander was managed to be found after photos of it on Mars were taken with a high resolution camera by NASA’s Mars Orbiter Reconnaissance Orbiter. The photo, which to the naked eye doesn’t look like much is evidence that the lander is indeed on the surface of Mars.

Upon hearing the news, ESA’s Mars Express project manager, Rudolf Schmidt, said that it was excellent news and that not knowing what happened to the lander had always remained a nagging worry.

The Beagle-2 isn’t a story of success, as it went missing soon after it separated from its mother ship. Even so, NASA claims that images taken at that time prove that the Beagle-2 managed to land on Mars on December 25, 2003.

The image that shows the Beagle-2 is located not far from it was originally thought it had landed. NASA took photographs of the location within different time frames and by merging the photos, it helped identify the missing lander.

David Parker, UK Space Agency Chief Executive, states that this photographs show that the landing procedures which at the time were thought to be too complex had worked. He revealed at a news conference that there are no signs that the Beagle-2 had crashed and that the images are consistent with the craft successfully landing on Mars. Unfortunately the reason the lander went missing was because it only partially deployed itself.

The Beagle-2 was found on Mars close to the spot where it landed. The craft was supposed to land on Mars six days after it was launched from the mother ship in December 2003, but after release, all communication was lost with the Beagle-2. Its purpose was to search for signs of alien life on the Red Planet.

After Beagle-2 failed, two spacecraft successfully landed on the Red Planet and managed send back lots of scientific data and pictures.