You are here: Home / Archives for beagle-2 news 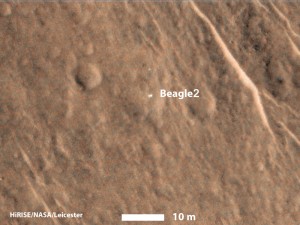 The European Space Agency announced that their Beagle-2 was found on Mars after 11 years of having gone missing. The lander was reported missing in 2003 and nothing was heard from it since until now. The lander was managed to be found after photos of it on Mars were taken with a high resolution camera by NASA’s Mars Orbiter Reconnaissance Orbiter. The photo, which to the naked eye doesn’t look … END_OF_DOCUMENT_TOKEN_TO_BE_REPLACED