You are here: Home / Tech & Science / New Horizons Spacecraft Ready to Wake Up and Unveil Pluto 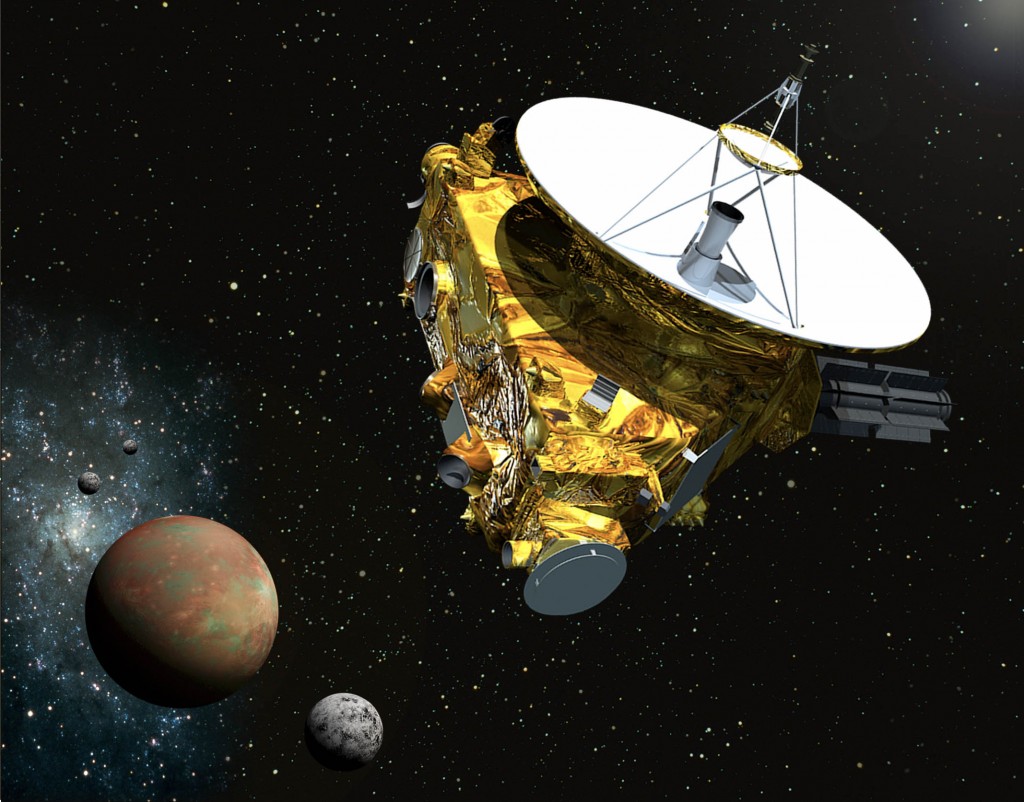 NASA’s New Horizons spacecraft, which launched in January 2006, and  it has been on a long, high-speed journey across the solar system ever since, is about to wake up as it arrives to its destination: planet Pluto. Upon its arrival this Saturday, it will have travelled 2.9 billion miles from Earth over the course of nine years.

New Horizons is incredibly far away from Earth, as it takes roughly four-and-a-half hours for a command to reach the probe and several more hours for New Horizons’ confirmation to return to mission control. This upcoming wake-up call that had been scheduled for Saturday at 3 p.m., was preprogrammed into New Horizons’ onboard computer back in August. About 90 minutes later, New Horizons will transmit word to Earth that it’s in “active” mode. Confirmation should reach the mission operations team at APL around 9:30 p.m. Saturday.

Moreover the spacecraft has spent two-thirds of its journey in slumber, in order to preserve the important instrumentation that will be used to closely study Pluto during the brief 22-hour fly-by next year. The hibernation periods ranged from 36 to 202 days, all of which adds up to five years in total. But this proved really useful when it came to the conservation of power. Its hibernation mode also allowed scientists to gain extra time so as to be able to make plans for its exploration in space.

“This is the 18th hibernation that we have had the spacecraft in since launch,”

“I know nothing in space exploration is routine, but for us, putting the spacecraft into hibernation and then having it wake up as planned, it is somewhat routine for us. (…) It’s time for New Horizons to wake up, get to work, and start making history.”

The mission marks the first visit outside Neptune’s orbit to the Kuiper Belt that is made up of Pluto and thousands of objects that have not yet been identified, according to Spaceflight Now, a space news website.

“We’ve worked years to prepare for this moment,”

He also added that after years of just taking care of the spacecraft during its incident-free long journey and practising its Pluto mission steps, the team is finally ready for the real experience.