You are here: Home / Archives for New Horizons Pluto 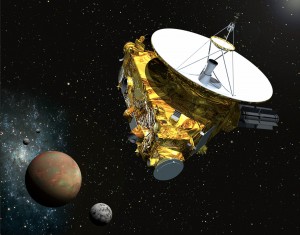 NASA's New Horizons spacecraft, which launched in January 2006, and  it has been on a long, high-speed journey across the solar system ever since, is about to wake up as it arrives to its destination: planet Pluto. Upon its arrival this Saturday, it will have travelled 2.9 billion miles from Earth over the course of nine years. New Horizons is incredibly far away from Earth, as it takes … END_OF_DOCUMENT_TOKEN_TO_BE_REPLACED