Astronauts have found a new dwarf planet far beyond the orbit of Pluto. The Carnegie Institution for Science in a report said that Carnegie’s Scott Sheppard and Chadwick Trujillo of the Gemini Observatory detailed the discovery of a distant dwarf planet.

The plant is called 2012 VP113 or “Biden”. This is because of the VP in the planet’s name, which was found beyond the known edge of the Solar System.

The planet, with a diameter is one-eighth that of the moon was spotted beyond the Kuiper belt. Kuiper belt is a region of space formed by floating, icy chunks that lies past Neptune, still considered the furthest large planet from the sun.

This plant is one of thousands of distant objects that are thought to form the so-called inner Oort cloud. 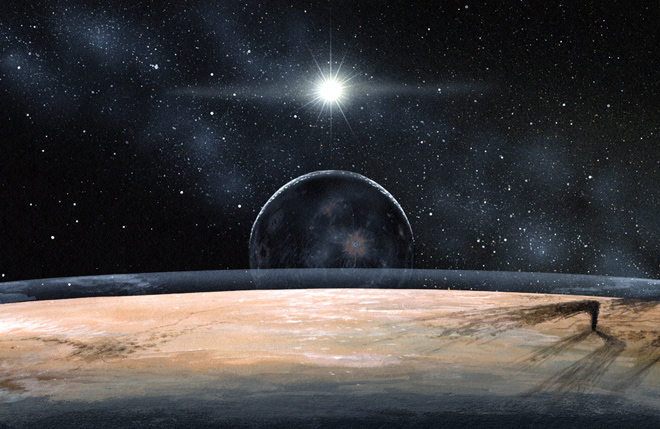 The report also said that the plant, perhaps up to 10 times the size of Earth, is not yet seen.

The plant may influence the orbit of 2012 VP113, as well as other inner Oort cloud objects.

The researchers used the new Dark Energy Camera (DECam) on the NOAO 4 meter telescope in Chile for the discovery.

The Magellan 6.5-meter telescope at Carnegie’s Las Campanas Observatory was used to resolve the orbit of 2012 VP113 and obtain detailed information about its surface properties.

The findings were published in the journal Nature.