You are here: Home / Tech & Science / Life On Mars Might Not Be Possible Due To Toxic Soil 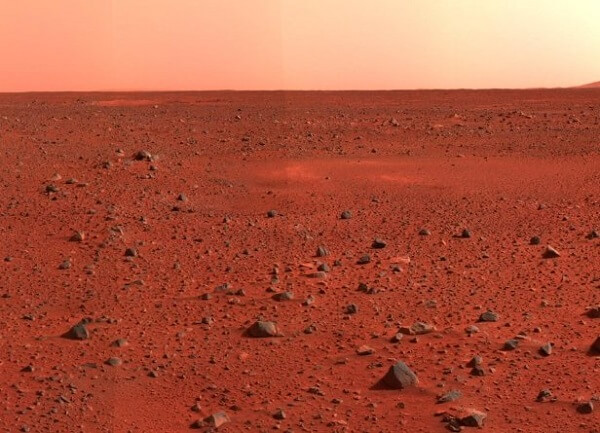 Mars’ toxic soil is a concern for scientists looking for microbial life.

According to the latest research on life sustainability on Mars, the Martian soil is rich in perchlorates which might be deadly for any bacteria. This comes as a contradiction to prior experiments which deemed the chemical compound as microbe-friendly. While the compound is toxic to humans, it was believed that it does not affect microbial life and scientists were optimistic about the odds of finding life on the Red Planet.

The presence of perchlorates was first detected in 1976 when twin landers Viking 1 and 2 touched Mars’ surface. The soil samples showed that a combination of oxygen and chlorine was present in a significant quantity. However, perchlorates are known to be a source of energy for microbes on Earth, a sign that life on Mars is a strong possibility. In addition, perchlorates lower the freezing point of water enough so that it enables it to host bacteria.

The latest research posted in the Scientific Reports journal showed that when perchlorates are exposed to a high quantity of ultraviolet light, they heat to severe damaging points in all living organisms. Researchers tested a common bacteria’s reactions under the same conditions on Mars. When they exposed the bacteria to the UV lights, the perchlorates reacted with the iron oxide and hydrogen peroxide which can be found in the Martian soil and killed the bacteria within 30 seconds.

However, researchers hope that life could still be found deeper in the underground, where bacteria are not exposed to the harsh conditions from the surface. This comes as an addition to the mission of the ExoMars rover which is set to launch in 2020 and look for microbial life.

The study, however, does not rule out completely the possibility of life on Mars. Bacteria can be shielded by colder temperatures and the perchlorates are not uniformly present, so there is the chance of microbial life surviving on different parts of the planet.

Read more on the scientists’ efforts to colonize Mars.