You are here: Home / Science / Researchers Training in Hawaii for Mars Mission 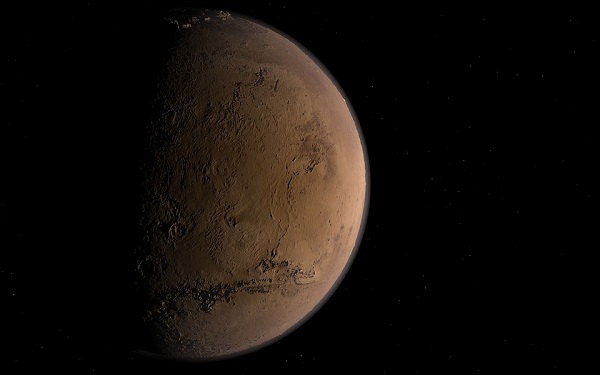 Researchers are training in Hawaii to better prepare for the future Mars mission.

Hawaii isn’t the first place that comes to mind regarding the place where researchers and future astronauts train for the upcoming Mars mission. Nonetheless, NASA has developed training regiments and research programs on the islands in order to better prepare for the eventual exploration of the planet.

According to the current timetable, NASA plans to send the first human astronauts to Mars sometime during 2030. However, before we start imagining what we can find there, there are a number of challenges that need to be addressed including both technological, logistical and human readiness for the conditions on Mars.

The required technology will gradually be developed but preparing real life persons for the actual mission might be the most challenging part. The first astronauts on Mars to will have to deal with the psychological impact of possible long-term isolation, learn to adapt to the planet’s inhospitable conditions and rugged terrain which will hinder transportation. Another challenge will be the long delay in time between the two planets.

This is why the researchers need to prepare for various situations. According to NASA, it seems that the Hawaii Volcanoes National Park is a great place for the future astronauts to train. Over a period of two weeks, they will hike around Mauna Ulu inactive volcano and collect a variety of rock samples following certain protocols as practice for the sample collection during the Mars mission.

The Hawaii training project is known as the Biologic Analog Science Associated with Lava Terrains or BASALT for short. Its purpose is to help scientists learn how to avoid the accidental contamination of samples which may contain alien life.

This ties in with the main reason for a future Mars missions with humans on the ground, which is to discover once and for all if there is any life out there, bacterial or anything else. The geology of the planet is only of secondary interest. The 2020 Mars mission which will consist of sending another rover has the same goal, the look for signs of life on the red planet. In this regard, the rover will be equipped with a variety of instruments meant for various investigations into the usability of the planet’s resources, including oxygen.

What do you think about the researchers training in Hawaii?