You are here: Home / Tech & Science / An Electrostatic Precipitator Could Help Clear Up The Dust In The Martian Air 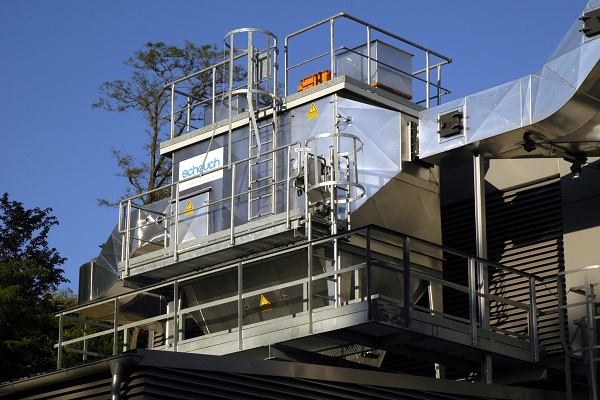 NASA recently released a statement in which it announced that researchers are hard at work in trying to fix some of the problems that Martian explorers will most likely have to face. One of them, the dust problem, could reportedly be solved with some help from an electrostatic precipitator.

Research and experiments on the matter are being carried out by scientists part of NASA’s Kennedy Space Center, Florida.

According to the statement, NASA scientists are looking to solve the ‘dust’ problem as this could have more serious consequences than initially believed. Besides posing a choking hard for the explorers, it could also damage their equipment. Layers of dust could start clogging and blocking their technology, for example.

At the same time, astronauts will be drawing from the Martian atmosphere to get some of their resources, so dust will have to be removed from this equation as well.

So, scientists part of the center’s Electrostatics and Surface Physics Laboratory decided to turn towards static electricity.

“Commodities such as oxygen water and methane can be obtained from the carbon dioxide-rich Martian atmosphere,” stated Dr. Carlos Calle, the lab’s lead scientist.

Dr. Calle pointed out that the first space travelers will have to make do with what they find on Mars during their first period there. They will have to use materials readily accessible on the planet, as they won’t be able to take all they need before leaving Earth.

An electrostatic precipitator makes use of a pair of electrodes. It gives an electric charge to the dust particles passing through the electrodes. This way, such particles can stick on the other side, which will be removing the dust from the air. This electrically filtered air can start being used as a resource.

Such machines are already in use here on Earth. Now, the NASA scientists are looking to create one especially for Mars. This electrostatic precipitator would be sent in advance to the Red Planet so that it will be there as the first explorers arrived.

Creating this machine is harder than it may seem because of the Martian properties. The planet has much more carbon dioxide in its air and also a significantly lower air pressure when compared to Earth.