You are here: Home / Tech & Science / You Can Now Listen To Saturn’s Empty Space 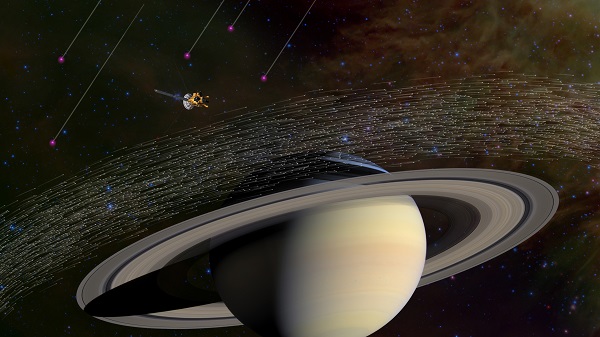 Thanks to Cassini and its dives, the world can now listen to Saturn’s empty space.

The spacecraft Cassini embarked on a daring mission to dive in between Saturn and its rings. What the world heard, as a result, is coming to be known as the eerie, creepy sound of Saturn’s empty space.

The planet, as the world well knows, is the second largest and the sixth planet from the Sun. The rings surrounding the planet give Saturn a unique outer physical appearance. Space is known for having no air, therefore this should imply the inability to make sound waves. These audio clips that were produced for the world to hear are radio waves.

Listen to Saturn and its Empty Space

But why is it astonishing? Within just a few months, a high noted difference could be determined by many viewers around the world. The light weight, eerie sound recorded April 2017 was a remarkable, smoother audio compared to the loud static audio that was recorded December 2016.

This sound that we keep referring to are actually particles hitting Cassini or nearly missing it. The audio playback dated December 2016 recorded tons and tons of particles flying by and hitting the spacecraft. During this special event, Cassini was able to capture a photo of Earth over 800 million miles away with the sighting of our planet’s moon next to it.

Cassini is a space probe crafted by NASA and was launched in October 1997. The spacecraft’s mission should end on September 2017 when it will enter Saturn’s atmosphere. Cassini has now reached its Grand Finale in the mission to explore Saturn and the planet’s system of rings and moons.

The spacecraft was traveling at very high speeds while passing through Saturn’s second ring, getting yet closer to the planet. Over its 12 years of exploring, Cassini offered more information on Saturn’s moons. In also found that the oceans of Enceladus may hold all the conditions necessary for life to exist.

Now, Cassini is helping the world understand the empty space. Scientists are puzzled by it and working to find out why this area has a lot fewer particles and dust than it did just a few months ago.