You are here: Home / World / Hitler’s Elated Speeches Were Powered by Cocaine 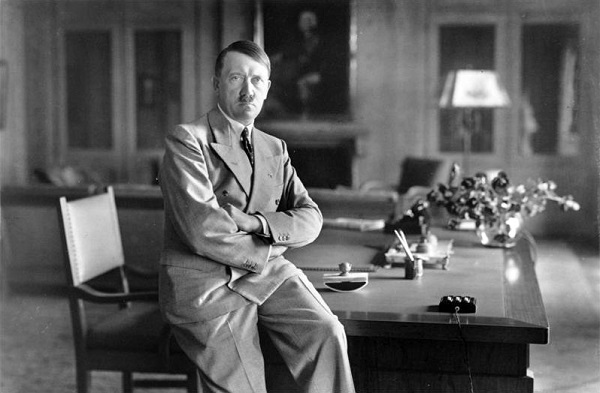 The Fuhrer’s medical records show that he was addicted to cocaine and other opiates.

Many people who met Adolf Hitler or who participated at one of his rallies declared that the German Fuhrer was a charismatic, energetic, and convincing public speaker. According to recent evidence, his elated speeches that convinced an entire nation to go to war were powered by his severe cocaine addiction, the Fuhrer being but a shadow without his daily medication.

Hitler’s charm was one of his most important weapons as he first needed to convince an entire nation to elect him chancellor before kicking off the Third Reich. Long before Google and cable television, political figures relied on their power of persuasion, on emphatic speeches that touched the heart of live audiences. All this required energy and nothing powers the body more than a steady those of amphetamines.

In his latest book, Blitzed, Norman Ohler details the Fuhrer’s addiction to cocaine. According to documents belonging to the Hitler’s private physician, there are three main stages in Hitler’s opioid addiction.

The first step towards drug abuse was made with intravenous vitamins. Unfortunately, the supplements made the Fuhrer feel more energetic for a short period of time, something stronger being needed after the vitamins were no longer empowering him.

Hormonal injections and a subtle opiate were added to his daily treatments during the final months of 1941. It seems that during the fall, at a time when Germany’s troops were suffering at the hands of the Russian, the Fuhrer became ill, and, for the first time ever, was about to miss an important, strategic meeting.

Luckily, Theo Morell, his private physician, treated him with a mild dose of opiate and Germany’s leader was able to attend his daily tasks. For a time, the mix was enough for the Fuhrer, but as his plans became more grandiose, and the war more demanding, so did his need for stronger drugs.

In 1943, Hitler’s private physician started prescribing cocaine and other, more powerful, opiates. The Fuhrer’s drug addiction became so intense that close acquaintances described him as a shadow of a man when not under the influence of the drugs.

As the years passed, his addiction became stronger. Some historians believe that he was aware of his problem, but was not ready to give the drugs up. However, in 1945 the Fuhrer fired Morell, a definite sign that he started acknowledging his drug abuse.

During his last months, Hitler displayed all the signs associated with withdrawal. He was sweaty and shaky, he lost the allure that got him his Fuhrer position, and he made mistake after mistake that finally cost him the war.

Now, people are wondering whether Morell fed Hitler’s cocaine addiction intentionally or if there were underlying diseases at work, like Parkinson’s. The truth may forever elude us, but one thing is for sure, German troops were not the only once powered up by opioid drugs, the addiction went higher than anybody expected.