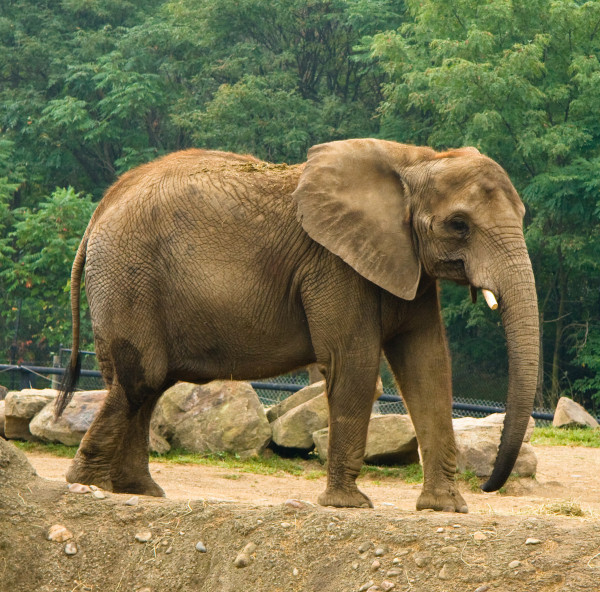 The unexpected drop in elephant populations in Africa emphasizes the overwhelming influence the loss of large animals will have on the planet. The decline in rhinos, elephants, hippos and other similar mammals will have a destructive impact on the climate and tinier animals down the food chain.

The biggest concern at the moment is the unbelievable decline of African savanna elephants in present years.

A $7 million complete census of African elephants has discovered that the population diminished by nearly a third between 2007 and 2014.

The Great Elephant Census was managed over three years and implied efficiently counting every savanna elephant in 18 countries in Africa, estimating for 93 percent of the savanna elephants in those nations.

The census together with the African Elephant Atlas, conducted by philanthropist Paul G. Allen’s Vulcan, Inc., represented the biggest ever Pan-African study of savanna elephants. Vulcan Wildlife Conservation Director, James Deutsch explained how elephants are the ones that help to maintain the biodiversity of ecosystems, and they can undoubtedly affect three types of landscapes: savannas, deserts, and forests.

In savannas, elephants limit the conversion of the open field into dense bush, thus allowing all of the grazing herbivores to persist. In the desert, in their quest for water, they dig holes, giving other wildlife species access to water. Moreover, in the forest, elephants are seed dispersers. Most of the tree species in Africa are unable to regenerate without the help of the elephants that eat the fruits and transport their seeds in their dung.

It is concluded that a quarter of all such species are presently at risk of extinction. Two of the problems that are connected to the population drops are raised pressure on vegetation that supports other life and repeated severe wildfires.

Nevertheless, a study published by an associate professor in the Department of Wildlife, Fish, and Conservation Biology and director of the scientific committee for Save the Elephants, George Wittemyer, said that the elephants have slow reproductive rates. It puts them among the slowest breeding mammals on the planet.

The study shows that Africa is now losing 25,000–35,000 elephants per year, with deaths in Ruaha, Niassa, Tanzania, Mozambique, and throughout southeast Angola being unusually high.