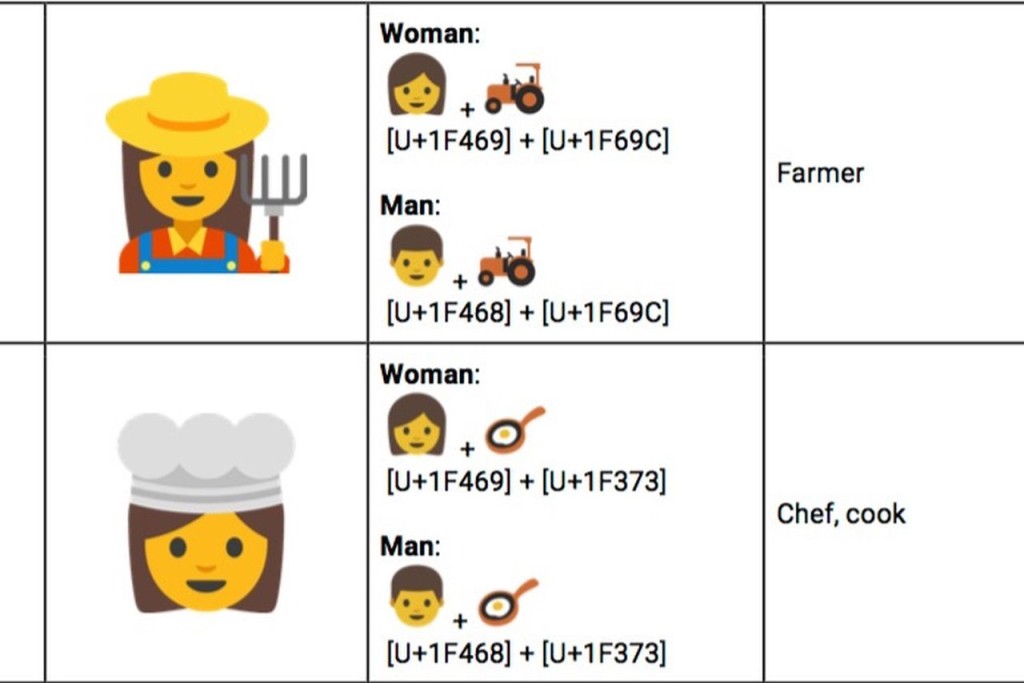 While some believe emoji is reversing writing to the times of the hieroglyphs, others see them as a natural advancement of language in the digital era.

But we also live in a society that strives for gender equality, and diversity has reached even the dark corner of emoji, attempting to include feminist emoji in the current offering.

Four Google employees have teamed up to develop a set of 13 new emoji designed to offer women a better representation in the professional world.

The team proposed the additional emoji in a presentation to the Unicode Consortium, the body responsible for approving and standardizing emoji.

The female emoji depict “a wide range of professions for women and men, with a goal of highlighting the diversity of women’s careers and empowering girls everywhere,” according to their creators.

For instance, a female farmer would be coded as woman plus tractor, while the male surgeon emoji would simply be man plus hospital. A lot of professional fields have been proposed, such as science, healthcare, technology, business, education, farming, food service, and music.

As far as inspiration for the new emoji goes, the Google employees involved in the project cited a recent New York Times op-ed on “Emoji Feminism.” They also quoted the following excerpt as part of their motivation:

“Where, I wanted to know, was the fierce professor working her way to tenure? Where was the lawyer? The accountant? The surgeon? How was there space for both a bento box and a single fried coconut shrimp, and yet women were restricted to a smattering of tired, beauty-centric roles?”

“This was not a problem for our male emoji brethren. Men were serving on the police force, working construction and being Santa. Meanwhile, on our phones, it was Saturday at the Mall of America — women shopping while men wrote the checks.”

Young girls are the heaviest emoji users and having new emoji that represent women across a range of professions can only “empower young women.”
Image Source: The Verge