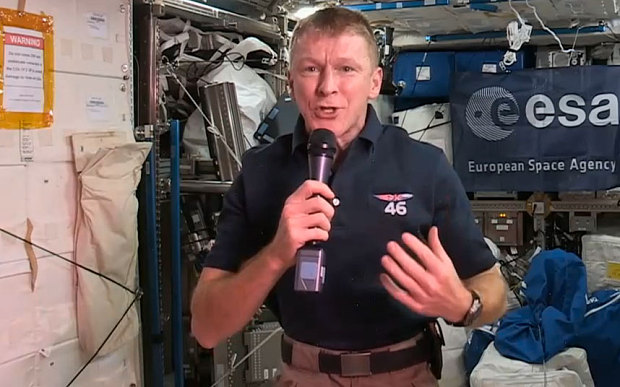 Facebook’s connectivity is about to take a giant leap out of this world as its CEO and founder Mark Zuckerberg made an announcement about bringing one of his social network’s new features to space.

On May 27, the National Aeronautics and Space Administration revealed that the young entrepreneur will make a live Earth-to-space call with the three-astronaut crew who is currently on board the International Space Station (ISS).

Currently the largest artificial body in low Earth orbit, the ISS is often visible with the naked eye from Earth. It serves as a research laboratory for the astronauts to conduct experiments in microgravity.

NASA astronauts Tim Kopra and Jeff Williams, and British astronaut Tim Peake, from the European Space Agency (ESA) will be engaged in a 20-minute call with Zuckerberg with the help of Facebook’s Live feature.

Thanks to the new video capability that allows Facebook users to film live broadcasts, the upcoming call to the astronauts will be posted live on NASA’s official Facebook page. So make sure you’re on the lookout on Wednesday, June 1, 2016.

‘Mark Zuckerberg, Facebook founder and chief executive officer, will speak with three astronauts currently living and working aboard the International Space Station at 12:55 p.m. EDT Wednesday, June 1,” says the announcement made by NASA.

During the event, viewers are encouraged to post their questions in the comment section of the live video; the Facebook CEO will then ask the questions to the astronauts.

At the same time, space science enthusiasts can already post their questions on the NASA website or on its Facebook page; several people from different parts of the globe have already responded to the challenge.

“Looking into the space station’s long-term future: If it for whatever reason became discontinued, what would happen to it? Would it be left to burn up in the atmosphere? Where would it go?” is the questions asked by Simon Pilmer, from Great Chesterford, UK.

Astronauts aboard the station are involved in experiments on biology, astronomy, meteorology and other scientific fields.
Image Source: Telegraph.co.uk