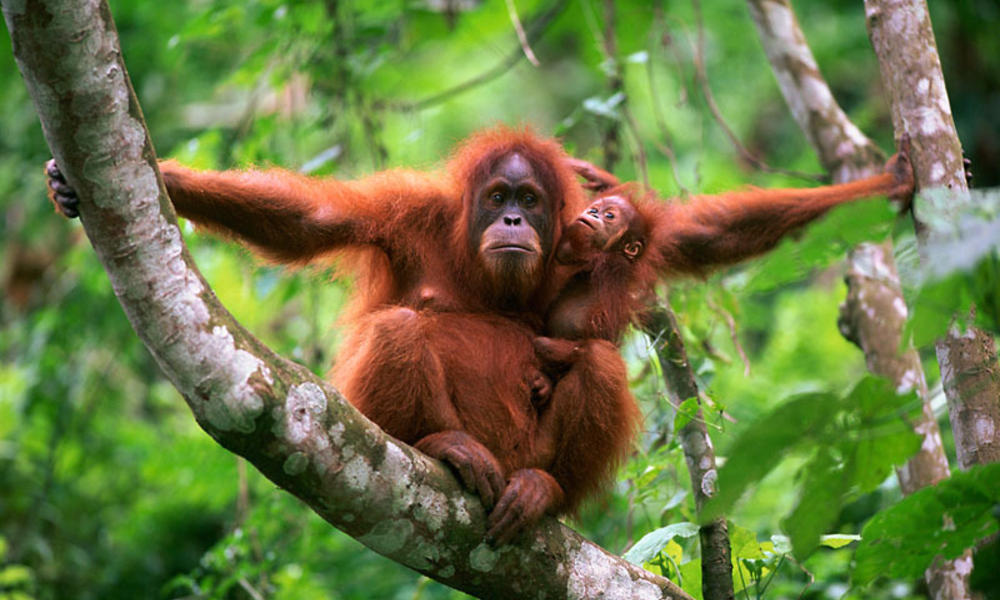 The Sumatra’s orangutan population might have doubled its numbers since the previous figure, according to a new study, but they are still at threat if deforestation continues to suffocate the Indonesian island.

A new piece of research featured in the journal Science Advances showed that there are around 14,600 orangutans on the island, almost double the number of the previous estimate of 6,600.

However, scientists think this sudden surge in the ape population could also be the result of a previous erroneous estimation. The last survey of the orangutans’ nests could have been so far off the mark because the mammals were nesting at heights previously thought to be out of their range.

Moreover, researchers found some apes nesting in logged areas while others in areas surrounding the Toba Lake – both of which had been overlooked by previous studies.

In spite of finding that Sumatra might host more orangutans than previously estimated, several scenarios for the island are rather gloomy, predicting a decline in the apes’ population.

Study co-author Serge Wich from Liverpool John Moores University said the scientific community should not stop efforts to protect the Sumatran orangutan population even if it was found they are in larger numbers than before.

With the numerous development projects planned for Sumatra, the habitats of the orangutans could be severely reduced over the coming years, said Wich. If not stopped, these threats could cut the number of orangutans on the island to 4,500 by the time we reach the year 2030.

Consequently, the Liverpool John Moores University research team has urged that all future development on the island be halted unless an environmental impact study gives them the green light.

To prevent the occurrence of population decline from happening, Wich added the team will continue partnering with the Indonesian government and other ecological groups concerned with the conservation of the species.

Although this is a difficult task, Wich believes they can eventually “turn the tide for the Sumatran orangutan.”

According to Hjalmar Kuehl, of the German Centre for Integrative Biodiversity Research and the Max Planck Institute for Evolutionary Anthropology, this is the first taxon of apes to see such a dramatic correction regarding population estimates.

Kuehl, who was the leader of the research, added that future revisions will occur in years to come, attempting to come up with better estimates of some of the other 12 taxa of apes. Having a clearer image of the situation will “guide the improved protection of great apes.”
Image Source: World Wildlife