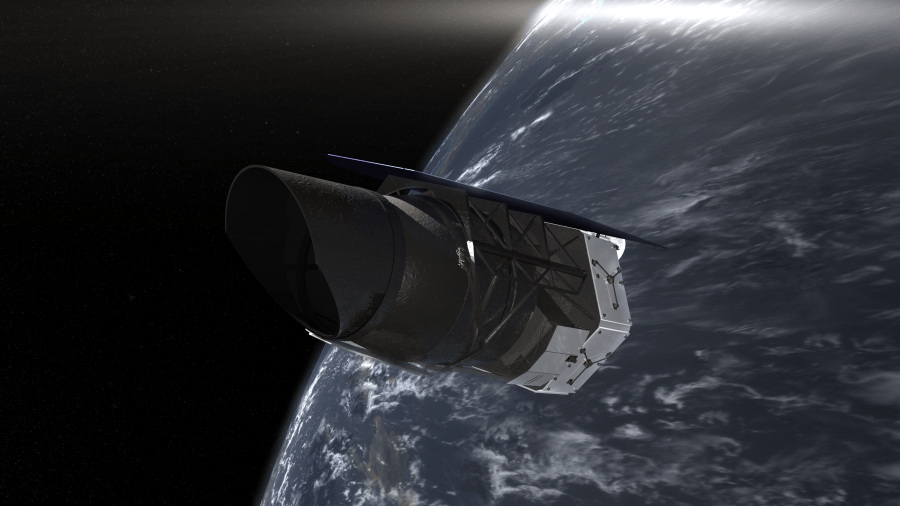 NASA has finally revealed a potential successor to the famous Hubble Space Telescope, which has amazed us with impressive discoveries of the Universe since 1990.

The American space agency is ready to move on a new telescope that will cover 100 times more sky than its predecessor. The subject of a new mission, the Wide Field Infrared Survey Telescope (WFIRST) contains old but revamped spy-telescope hardware.

According to NASA, the new telescope is expected to launch into orbit in the mid-2020s with the purpose of giving scientists a better insight into dark matter, dark energy, and the Universe’s expansion.

NASA’s upcoming mission and the WFIRST telescope were announced with a new video. The telescope and the mission around it have spent years in preparatory studies.

The WFIRST first made it in the news headlines when the National Reconnaissance Office made a surprise donation to NASA in 2012: two Hubble-class spy telescopes, both of which were fit for the mission’s specified parameters.

According to a statement on February 17, NASA’s Agency Program Management Council finally made the decision to pursue the WFIRST program.

John Grunsfeld, the associate administrator of NASA’s Science Mission Directorate, said that the WFIRST has the potential of continuing Hubble’s job of “opening our eyes to the wonders of the universe.”

Two major events will take place before the WFIRST mission will be launched: first, the James Webb Space Telescope will become NASA’s next major observatory in 2018, and the expected retirement of the Hubble (still unknown).

WFIRST will be tasked with getting a wider view of the sky in near-infrared light. The space-based observatory will try to collect data about the nature of dark energy (the force that’s thought to be speeding up the universe’s expansion) and dark matter (an invisible substance that sums up most of the mass in the universe).

According to NASA, this new mission will also throw some new light on the universe’s evolution and the speed of its expansion, thanks to certain kinds of supernovas that will be used to measure distance.

Among WFIRST’s instruments are a wide-field instrument and a coronagraph; the latter will help astronomers look for exoplanets. The coronagraph is ideal for this task as it can block the bright light of a star, allowing scientists to search for the star’s planetary companions which may be dimmer.

After its launch, the telescope is scheduled to operate in L2, far outside the interference of Earth’s atmosphere. This location is roughly 1 million miles (1.6 million kilometers) away from our planet, in the opposite the direction of the sun.
Image Source: Daily Cal