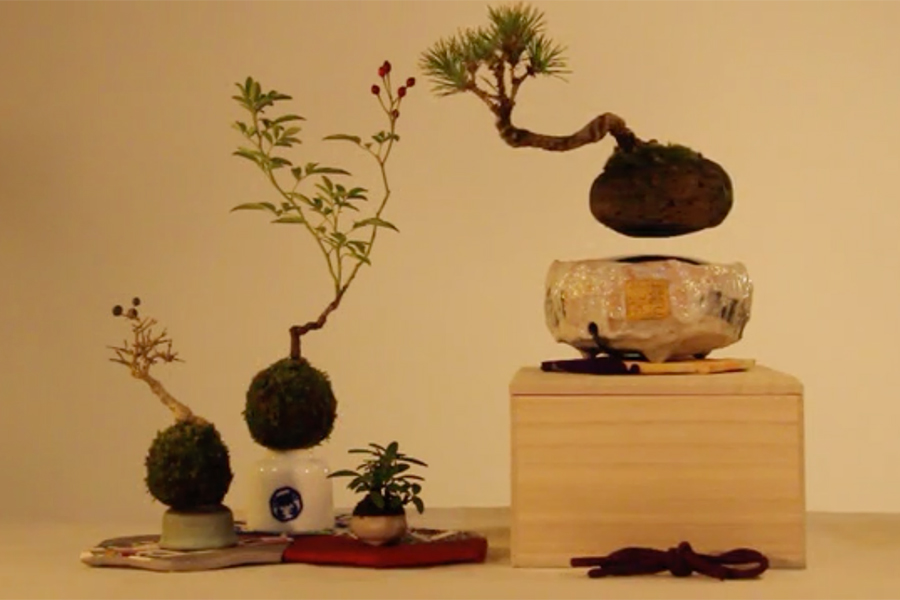 Talented Japanese animator Hayao Miyazaki doesn’t often get to see his drawings come to life, but thanks to the initiative of a new startup, we’re in for a real treat involving otherworldly bonsai trees.

Dubbed Air Bonsai, this new bonsai-style miniature plant reflects its moniker completely. Due to its magnetic base, the tiny bonsai tree hovers and spins in air, allowing you to zen out and meditate on the image of peace from the East.

Quick clarification from the makers based in the Kyushu region of Japan, however: instead of actual bonsais, the team will be sending you a pine tree, for example (common in the U.S.). But that hardly makes a difference, because the effect is equally impressive.

The reason behind this modification is explained on their Kickstarter campaign page: the export of plants outside of Japan is rather limited. Attempting to solve this matter, the startup’s US members will negotiate with local bonsai and plant makers for the orders. “We remind you that the bonsai for our prototypes is just an image,” they add.

And if you’re more interested in other kinds of levitating plants, the creators will also provide a kit for that purpose. And in case you were wondering, yes, the hovering plants are as real as any other, so you will have to regularly water them. They’re not just props or for design only.

The round moss base hovers above a magnetic base of about six centimeters in diameter, and the basic Air Bonsai set costs $200. The package includes the “energy base,” an AC adapter, and the circular moss base that acts as support for the plant. For $30 more, you can choose a lava stone as the plant base.

Creating and developing levitating objects with the help of magnetic fields is not that innovative in itself, but means paring this type of dynamic with such an organic element is truly a stroke of pure genius.

At the time of this writing, the team’s funding goal of $80,000 was already surpassed as backers donated around $108,000, to no one’s surprise, seeing that we also want one tiny floating bonsai. If you’re thinking of supporting the project yourself, they still have 36 days to go.

However, as with all Kickstarters, we cannot be sure that the product will work exactly as advertised in the promotional video. Supporters will be the first to find out when the first Air Bonsai starts shipping in August.