You are here: Home / Tech & Science / Hubble Picture Features One of the Brightest Star Clusters in the Milky Way 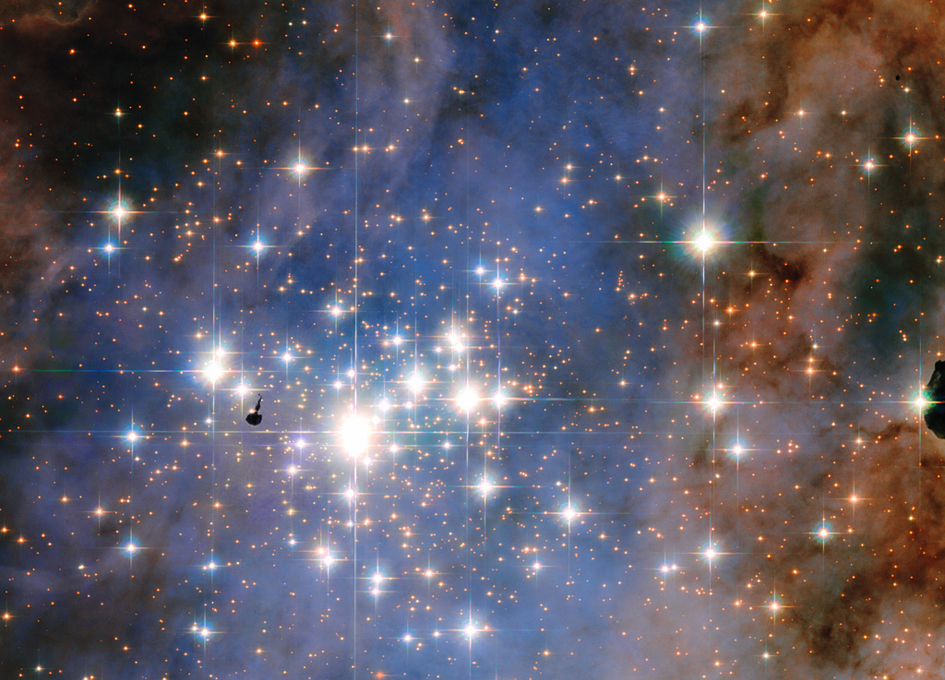 Thanks to the ESA/NASA Hubble Space Telescope, we now have a new photo from outer space, one that features impressive young, super-hot stars posing in a bright cluster. They might just steal the show from planets and other astronomical discoveries.

We have rarely been given the opportunity to witness such a luminous start cluster in the galaxy, and the Trumpler 14 definitely takes the prize with its close proximity and abnormally hot temperatures.

Due to the high degree of light they emit, the stars caught in the Hubble Space Telescope photo were dubbed “dazzling diamonds.” According to a press release, the environmental effect of these shiny stars is huge – “they are literally making waves.”

As NASA explained, their fast approaching expiration date is caused by the “ferocity” with which the blue-white stars are burning out – the steep price of being so beautifully luminous.

When the time comes, the end result will offer some spectacular star deaths, complete with some brand new supernovae. Compared to the Sun, which is expected to live some more billions of years, stars have a significantly shorter lifespan.

Thanks to the supernovae, the Trumpler 14 stars will complete a cycle of life they have already started. As per the Hubble press release, these young stars are beaming high-speed particles from their surfaces. These, in turn, cause strong winds across space, which collide with nearby objects and materials.

Due to this intense activity, a lot of superheated gas is resulted, in addition to fierce bursts of X-rays and giant holes torn in surrounding gas and dust clouds. The supernovae are even more potent in causing these big cavities, which supports the creation process of new stars.

According to NASA, the images captured by the Hubble Telescope can even show the starts in the Trumpler 14 in action. At the very bottom of this image, there’s a strange arc-shaped cloud, suspected to be the result of such a wind.

Located at about 8,000 light-years from the center of the Carina Nebula, the Trumpler 14 could very well be one of the brightest star clusters in the Milky Way galaxy.
Image Source: Space Ref