You are here: Home / Business / U.S. Shoppers Will Be Spending $26 Billion Just For Gift Cards 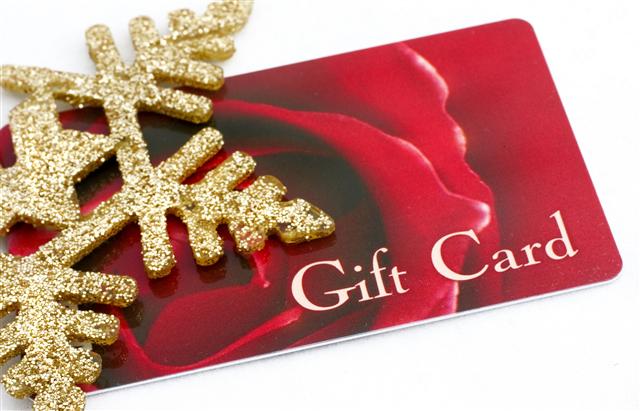 Christmas day is finally here, and if you still have more shopping to do, you’ve got a last-minute escape that never fails: gift cards. Many believe that giving your friends and (extended) family gift cards is much better than just handing them money – or a gift that would be returned afterwards.

By the end of the holiday season, predictions of the National Retail Federation say U.S. shoppers will be spending $26 billion just for gift cards. Plus, annual estimates say the bulk of the transactions occur during the final four days before Christmas Day.

Roughly 75 percent of surveyed Americans said they purchased at least one gift card for their friends. The main reason for buying the cards? Convenience. And this very convenience of gift cards amounts to $120 billion in the U.S. – and that it over the course of only one year.

However, analysts expect the business of gift cards to reach unprecedented rates by the end of the holiday season in 2017, driven by the increasing number of companies that employ the cards for various purposes. For example, Volkswagen was prompted to give away gift cards to customers affected by its recent scandal.

For the ninth consecutive year in the U.S., gift cards have maintained their status as “most wanted gift for the holidays,” as reported by NRF. In a 2015 survey, almost 60 percent of the participants said they would prefer to receive a gift card for holidays, especially when it comes to acquaintances or distant relatives.

According to retail analysts, young people are the most prone to give gift cards, as they prefer the cash in the gift cards rather than a gift they won’t like. It’s a win-win situation, and when both the giver and the receiver are happy, it makes for a festive Christmas.

Most people have a hard time figuring out what to buy for Christmas, especially for young people who always seem obsessed with gadgets and technology. So gift cards are the perfect solution, saving shoppers a lot of trouble – and the recipients are also merry, free to spend them at their heart content over the next year.

Analysts have pegged the lack of inspiration to be the main driver toward gift cards, particularly when the recipients do not have a list of must-have gifts. Pleasing your loved ones can be rather difficult given the limited array of options: smartphones, big screen TVs, tablets or accessories.
Image Source: Rishabhsood