You are here: Home / Tech & Science / A New Sail-Backed Dinosaur Was Found In Spain 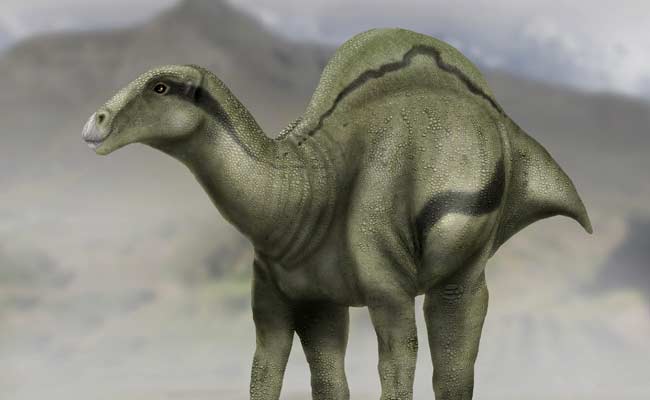 A new sail-backed dinosaur was found in Spain after paleontologists analyzed its remains around the once lush area. The species, now called Morelladon beltrani, added to the diversity of dinosaurs in the Cretaceous Period around Europe. Even more, it presented with an interesting feature that has led paleontologists to only assume its function.

The team of researchers found the remains around a region in northeastern Spain, Morella. Their discoveries included the spines, the vertrebrae, pelvic bone, thigh bone, and teeth. The partial skeleton led to an accurate estimation of Morelladon’s appearance and diet. The medium-sized dinosaur munched on ferns and conifers, and travelled in herds.

The region that is today’s Spain and used to be Morelladon’s roaming grounds alternated drastically on its temperatures. It changed from dry to wet periods, ranging from strong temperatures of 104o Fahrenheit to 40o Fahrenheit.

The newly discovered herbivore walked on four legs, and lived around 125 million years ago. It’s believed to have been a contemporary of the Baryonyx, a relative of the largest dinosaur on record, the Spinosaurus. Morelladon, however, did not feature the impressive height and length of either predator.

Instead, researchers estimated that it was around 20 feet in length, 8 feet in height, and weighed around 2 tons. However, the most impressive and puzzling feature of the Morelladon was deemed to be its sail-like spine. A series of bony spines were etched upon its back. They formed a sail-like structure that was around 2 feet tall though it’s not understood what purpose it held.

According  paleontologist Fernando Escaso, it’s possible that Morelladon used it for thermoregulation. Similar to modern-day elephants, the dinosaur could have used its sail-like spine for the purpose of releasing the excess heat from its body. Or, Escaso suggests that it might’ve been a place used for fat storage in food-deprived times, similar to modern camels.

However, another paleontologist, Paul Serano, claimed that there’s also a possibility the dinosaur would’ve used its impressive spine for display, to intimidate or attract mates. The assumptions draw more mystery around the Morelladon. The researchers are now determined to conduct more study on its sail and its significance.

There is an interesting aspect in the evolutionary history of such structures. According to Escaso, they have appeared several times, but millions of years apart or in other regions. A dinosaur with similar features, the Ouranosaurus, lived around that time in Africa. And, the most iconic one with a similar structure remains the partially-aquatic Spinosaurus, which lived around 95 million years ago, also in what is today’s African continent.